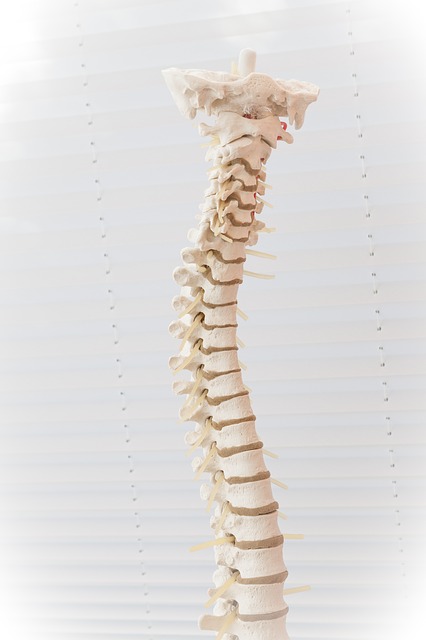 A serious cause of neck pain

A herniated disc, also known as a bulging disc, can be a pain in the neck—literally. When a disc in the cervical spine bulges, it can cause a lot of pain. And it’s not just your neck that can ache; you might also feel pain in your arms, shoulders, and back.

The good news is that a herniated disc often can be treated without surgery, using a combo of over-the-counter medications and neck exercises to ease pressure and provide pain relief.

Here’s everything you need to know about a herniated disc in your neck, including why you might get one, symptoms to look for, ways to treat it, and how to prevent herniated discs in the first place.

What do the vertebrae and discs in the neck do?

To understand what happens when a disc bulges, you first need to grasp some basic anatomy.

The vertebrae and discs in your neck—cervical spine, if you want to get fancy—work together to provide support and stabilization for the head while allowing a full range of motion.

“There are seven cervical vertebrae, which are the bony elements of the spine,” says Dr. Eric Leung, MD, assistant professor in the Department of Rehabilitation and Regenerative Medicine at Columbia University Irving Medical Center in New York.

“The discs are the gel-like substance located between the vertebral bodies,” Dr. Leung explains. “They provide cushion and support.”

What is a herniated disc in the neck?

The gel-like substance of the disc is held in place by a fibrous outer layer. When that outer layer tears and the gel seeps out, you have a herniated disc.

“A disc herniation is an outpouching of disc material into the spinal canal or along the normal pathways for our nerves, and this creates pain,” says Christopher O’Boynick, MD, associate professor in orthopedic surgery and spine surgery at Saint Louis University in Missouri.

What causes a herniated disc in the neck?

In most cases, there is no known cause for a herniated disc in the neck. It could be something as simple as poor lifting mechanics or as serious as trauma to the neck due to a car accident.

“Often, people will wake up with neck and arm pain that leads them to see their primary care physician and start a treatment plan,” Dr. O’Boynick says.

There are a number of factors that could contribute to a herniated disc in the neck. These include:

Although many of these factors could be resolved through a healthy lifestyle, others are the result of aging. As we get older, the discs tend to degenerate, becoming less flexible and more prone to injury, Dr. Leung says.

Symptoms of a herniated disc in the neck

Neck pain is the obvious sign of a herniated disc, but it can be accompanied by other symptoms, including:

In serious cases of a herniated disc in the neck, additional symptoms could include:

Aside from your neck, pain may radiate through your arms, shoulders, and back. The amount of pressure on the nerve will determine how light or harsh your symptoms will be.

How to tell if you have herniated disc in your neck

Surprisingly, having a herniated disc is quite common, and you may not even know it.

“Asymptomatic herniated discs are actually a common finding and often incidental,” Dr. Leung says. “In other words, many people walking around may have a herniated disc and have no pain or symptoms.”

If the pain is persistent or worsens, or if you experience neck pain in addition to other symptoms, you should consult a doctor for an exam and evaluation to determine if you have a herniated disc.

If you experience symptoms associated with a serious case of a herniated disc, you should seek out immediate medical care.

To diagnose a herniated disc, your doctor will ask for a full medical history and details of when, where, and how the neck pain started. In addition, you will undergo a physical exam.

If necessary, imaging tests, such as X-rays, CT scans, or an MRI, will be conducted.

X-rays typically can help rule out other causes of neck pain, while an MRI can show the soft tissues in the neck and help determine which disc is herniated.

In many cases, you can treat a herniated disc with a combination of over-the-counter pain relievers such as ibuprofen and naproxen, rest, and physical therapy.

If the pain is more severe, your doctor may recommend an epidural steroid injection.

“In this situation, a steroid injection is placed into the spine in the area of the [herniated] disc to relieve the pain created by that herniation,” Dr. O’Boynick says.

If these treatments do not resolve the herniated disc, surgical treatment may be required.

“These options include anterior cervical discectomy and fusion (ACDF) and cervical disc replacement (CDR),” he says.

Lifestyle tips to prevent a herniated disc in the neck

Because the cause of a herniated disc is often unknown, it’s hard to pinpoint a prevention technique.

“The key is to decrease modifiable risk factors by maintaining a healthy lifestyle, reduction of stress, and smoking cessation,” Dr. Leung says. “Make sure to lift with proper mechanics and form if you do go to the gym or carry heavy equipment over the head.”

Following an exercise routine and healthy diet (think fruits, veggies, whole grains, and protein) can help. Maintaining good posture is another way you might avoid a herniated or bulging disc in the neck.

The post How to Tell if You Have a Herniated Disc in Your Neck appeared first on The Healthy.

Sea Moss Benefits and How to Use It

Here’s What You Need to Know About Psoriasis Symptoms, Causes, and...

Should You Use Collagen for Your Hair? What Experts Recommend

14 Diet and Weight Loss Mistakes — and How to Avoid...