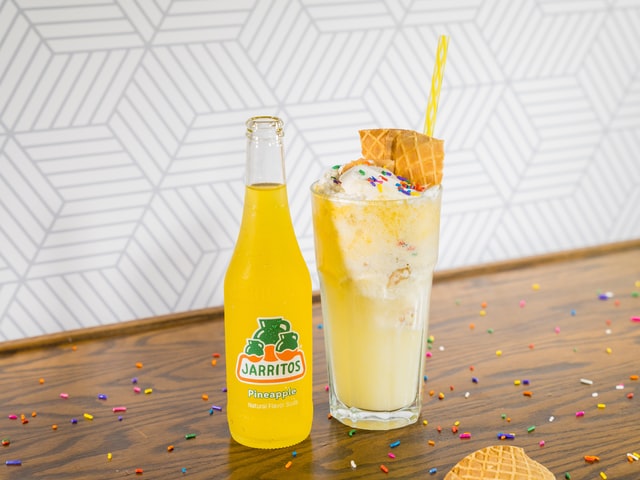 Free of calories, carbs, and sugar, diet soda may seem like a healthy and refreshing alternative to sugary soft drinks.

However, this bubbly beverage may not be quite as harmless as it seems, especially if you’re drinking several servings per day.

In fact, drinking too much diet soda may be linked to several side effects and affect both long- and short-term health.

Here are 8 possible side effects of diet soda, plus some easy ways to reduce your intake.

Some research suggests that the artificial sweeteners found in diet soda might negatively affect your gut microbiome, which is the community of beneficial bacteria in your digestive tract.

The gut microbiome plays a key role in many aspects of health, including immune function, nutrient absorption, heart health, and more.

One small study including 7 people found that the artificial sweetener saccharin impaired blood sugar management and caused imbalances in gut bacteria among 57% of participants.

Another animal study showed that acesulfame K (Ace-K), another type of artificial sweetener in some types of diet soda, negatively affected the makeup of the gut microbiome in mice.

On the other hand, some other studies in humans and animals have turned up conflicting results.

Aspartame is one of the most common nonnutritive sweeteners in diet soda. Many studies have investigated its safety, but few have looked into its effects on the human microbiome.

However, we do know that the body breaks down aspartame before it reaches the large intestine, where the gut microbiome mainly resides.

SUMMARY
Some small studies in humans and animals suggest that artificial sweeteners could negatively affect gut health, but more research is needed.

Although diet soda doesn’t contain sugar like regular soda, it’s highly acidic and can take a serious toll on your smile if you drink a lot of it on a regular basis.

One test-tube study found that regular and diet soda significantly affected the surface roughness of tooth enamel, indicating that both can contribute to tooth erosion

Another study showed that, due to their acidity, both regular and diet soft drinks could damage the surface of the enamel, increasing erosion.

Yet, note that damage to dental enamel from acidity is not the same thing as an increased risk of cavities due to sugar content. One study found that diet soda didn’t promote dental cavities among children.

However, this may be because soft drink consumption, in general, is correlated with poor oral health and other unhealthy eating habits.

For some people, drinking multiple servings of diet soda per day could cause headaches.

This may be due to certain artificial sweeteners found in diet soda, such as aspartame.

According to some research, aspartame is linked to several side effects when consumed in high amounts. Side effects may include:

Some studies have also found that caffeine, which is present in some diet sodas, could cause headaches for some people, but research is mixed.

One study in 115 children found that eliminating certain trigger foods from the diet — such as aspartame and caffeine — improved headaches in approximately 87% of participants.

SUMMARY
Consuming high amounts of aspartame and caffeine could cause headaches for some people.

Diet soda contains several compounds that may negatively affect bone health and lead to bone loss. These compounds include caffeine and phosphoric acid.

Interestingly, one study showed that among women, drinking both regular and diet cola was linked to decreased bone mineral density, a condition that could increase the risk of osteoporosis and bone fractures.

Another study including over 17,000 adults found that people who consumed soft drinks regularly had a higher risk of bone fractures over 5 years.

Keep in mind that this study did not look at how diet soft drinks, specifically, were related to bone fractures.

Some research suggests that high intakes of phosphorus have been linked to negative effects on bone health.

Additionally, one large study in postmenopausal women showed that each serving of soda — including both regular and diet soda — per day was associated with a 14% higher risk of hip fracture.

It’s important to note that diet soda doesn’t necessarily pose a greater risk of bone fractures or reduced bone mineral density compared with regular soda. Both may increase your risk if you drink them in large amounts.

SUMMARY
Some studies show that drinking diet soda could be associated with decreased bone density and an increased risk of fractures, possibly due to its phosphoric acid and caffeine content.

Several observational studies have found that people who drink diet soda regularly have a higher risk of developing heart problems in the long run. However, other studies did not confirm these findings.

One study in 59,614 women showed that drinking at least 2 diet drinks per day was associated with a higher risk of heart problems and dying from heart disease over a 9-year period.

Other older studies have found that both diet and regular soda intake could be linked to an increased risk of stroke.

Plus, diet soda has been tied to a higher risk of metabolic syndrome, which is a group of conditions that can increase your risk of heart disease, stroke, and type 2 diabetes.

Keep in mind that these studies show an association between drinking diet soda and certain heart problems, but more research is needed to determine whether and how other factors may also play a role.

SUMMARY
Some studies have linked diet soda intake to a higher risk of heart disease, stroke, and metabolic syndrome. However, more research is needed.

Some research suggests that the artificial sweeteners found in diet soda may have the same effect on the food reward pathway in the brain as regular sugar, which could lead to increased hunger and food intake.

Additionally, because artificial sweeteners are significantly sweeter than regular sugar, researchers have suggested they might increase sugar cravings and dependence, making it much harder to reduce your intake.

Whether, and how, these phenomena contribute to weight gain is still unclear.

Nevertheless, research on this topic is mixed, so additional studies on diet soda and sugar cravings are needed.

SUMMARY
Drinking diet soda might be related to sugar cravings. However, studies on the effects of diet soda and artificial sweeteners on body weight have found mixed results, so more research is needed.

Scientists have found mixed results on whether drinking diet soda is associated with weight gain. Here’s what we know.

One study in 749 older adults found that those who consumed diet soda regularly tended to have greater increases in belly fat over a 9-year period, compared with people who didn’t regularly consume diet soda.

On the other hand, some studies have found no association between diet soda or artificial sweeteners and body weight.

Furthermore, other studies have found that diet soda might actually lead to weight loss and decreased hunger, especially when people use it to replace sugar-sweetened beverages like soda.

Much more research is needed to explore how drinking diet soda might be related to body weight.

May be linked to type 2 diabetes

Even though diet soda doesn’t contain any calories or carbs, some research has found it’s associated with an increased risk of type 2 diabetes.

In fact, one study in over 2,000 men showed that regularly drinking diet soda was linked to a higher risk of developing type 2 diabetes over a 7-year period.

Similarly, a study in 61,400 women showed that consuming artificial sweeteners regularly was tied to a higher risk of developing type 2 diabetes in the long term.

In another study, people with type 2 diabetes who used artificial sweeteners were more likely to have insulin resistance.

A hallmark of type 2 diabetes, insulin resistance is a condition in which the body’s ability to use insulin to transport sugar from the bloodstream into the cells efficiently is impaired, leading to increased blood sugar levels.

It’s essential to note that the research behind this potential link only shows an association, so more research is needed.

In addition, other studies have shown that consuming artificial sweeteners and diet soda was not associated with a higher risk of type 2 diabetes or alterations in blood sugar and insulin levels.

SUMMARY
Although research is inconsistent and more research is needed, some studies show that consuming diet soda and artificial sweeteners may be associated with a higher risk of type 2 diabetes and insulin resistance.

How much should you drink?

Switching from regular soda to diet soda is an easy way to reduce your intake of carbohydrates and calories.

However, diet soda doesn’t contain many nutrients, and drinking too much is associated with some short- and long-term side effects.

For this reason, if you want to drink diet soda, it’s best to enjoy it in moderation.

Consider pairing it with a nutritious, well-rounded diet. You can also enjoy plenty of healthier beverage options to help you stay hydrated, such as flavored water or unsweetened tea.

SUMMARY
It’s best to enjoy diet soda in moderation as part of a well-rounded diet and limit your intake to a few servings per week.

How to cut down your consumption

There are plenty of simple steps you can take to decrease your intake of diet soda.

Start by slowly swapping it for other drinks in your diet. Here are a few alternative drinks to consider:

Look for versions of these drinks that either are unsweetened or have a lower sugar content. Try adding a splash of juice to water or seltzer.

You can make flavored water by adding cucumber slices, fresh or frozen fruit, herbs like basil and mint, or citrus fruits like lime or lemon to plain or sparkling water for a hint of flavor without added sugar.

If you particularly crave diet soda when you feel hungry or thirsty, try to stay hydrated and enjoy plenty of nutritious snacks, such as fruits and vegetables, throughout the day. Doing so might help keep your cravings at bay.

It may also help to buy less soda when you go grocery shopping and stock up on healthy alternatives instead. This will make it much easier to reach for a different drink in place of diet soda when you feel thirsty.

Finally, keep in mind that some people may prefer to gradually decrease their diet soda consumption instead of cutting it out all at once.

If this is the case for you, try taking it slowly and reducing the amount of diet soda that you drink each week to make long-lasting, sustainable changes that may be easier to stick with over time.

SUMMARY
To decrease your intake of diet soda, try swapping it for other drinks, staying hydrated, stocking up on healthy alternatives, and reducing your consumption gradually over time.

While diet soda is low in calories and sugar, it lacks nutrients and contains questionable additives, preservatives, and artificial sweeteners, some of which have been associated with negative health effects.

Fortunately, there are plenty of easy ways you can cut back on your intake to enjoy diet soda in moderation as part of a well-balanced diet.

What Is a Nervous Breakdown? 7 Symptoms to Know, According to a Psychologist

Have Dry Eyes at Night or When You Wake Up? Here’s...

What Is Collagen Powder and Does It Work?

Should You Use Collagen for Your Hair? What Experts Recommend