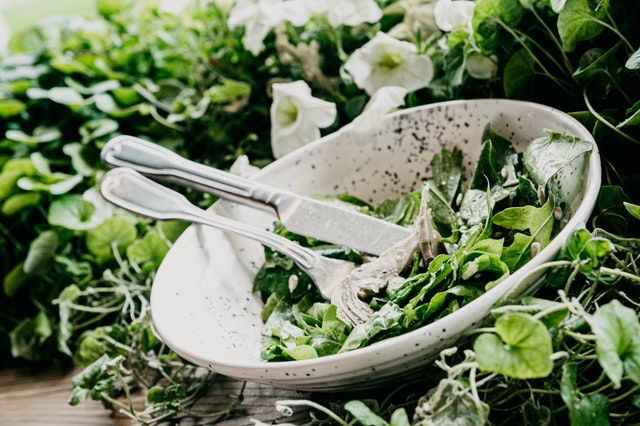 You may have heard that limiting how much meat you eat has a variety of benefits, including weight loss and better gut health.

Cutting back on meat has indeed been linked to improved health and a reduced risk of certain diseases. However, these benefits seem to depend on what other foods you eat and what types of meat you limit.

This article reviews 6 potential benefits of reducing or avoiding meat and provides tips on how to eat a nutritious diet with less meat.

Many eating patterns include no or limited amounts of meat, and most of them have been associated with health benefits to some degree.

In addition, research suggests that more plant-based diets are associated with improved insulin resistance and a lower risk of type 2 diabetes, compared with more animal-based diets.

An analysis of 12 high quality studies found that people who followed vegetarian diets for an average of 18 weeks lost significantly more weight than those who ate nonvegetarian diets.

However, keep in mind that many other diets that do not exclude meat, such as low carb and paleo diets, have also been found to be effective for weight loss.

The possible health benefits of limiting meat and eating more plant-based likely stem from a higher intake of beneficial plant compounds, including:

In addition, those who eat plant-based diets tend to consume fewer calories and less fat.

However, excluding meat while eating foods that are highly processed or high in added sugar, refined carbs, or salt won’t have the same benefits. This is true even if those processed foods are plant-based.

Plant-based diets that are not well planned may not provide enough vitamin B12, zinc, calcium, iron, and omega-3 fatty acids, among other nutrients.

SUMMARY
Diets that limit or exclude meat have been linked to weight loss and a reduced risk of heart disease, cancer, and diabetes. Yet, this risk reduction depends on overall diet quality. Also, plant-based diets can lack important nutrients if you don’t plan them well.

May help reduce the risk of heart disease

One of the most researched aspects of plant-based diets is their effect on heart health.

Controversial research has found associations between the intake of saturated fat, primarily found in meat and animal products, and an increased risk of heart disease.

There’s a lot of debate about this potential link. Even so, it may be best to moderate your intake of meat sources that tend to be high in saturated fats.

Meats that are lower in saturated fat include poultry and leaner cuts of meat.

Furthermore, the greatest reductions in heart disease risk have been observed when replacing sources of saturated fat with sources of polyunsaturated fat, such as fish, flax, and walnuts.

Plant-based diets do not include much (if any) meat and are often rich in sources of unsaturated fat, such as:

They also tend to be rich in dietary fiber, a nutrient that may help reduce high blood cholesterol levels, which are associated with heart disease.

As a result, eating more plant-based while cutting back on meat that’s high in saturated fat can benefit heart health. The type of meat you choose to include in your diet can also make a difference.

Processed meats are also very high in sodium, which can contribute to the development of high blood pressure.

Even if you don’t eliminate meat entirely, choosing leaner cuts, replacing some meat with fatty fish, and avoiding processed meats while eating fiber-rich plant foods may benefit your heart.

Since diets that exclude meat are often rich in fruits, vegetables, whole grains, legumes, and other plant foods, they tend to be high in dietary fiber.

Fiber feeds the beneficial bacteria in your gut that produce compounds with anti-inflammatory and immune-supporting roles in the body.

Gut bacteria may also play a role in preventing the growth of certain cancer cells, improving body composition, and protecting against type 2 diabetes.

On the other hand, some research suggests that the fats and proteins from animal sources may promote the growth of other less healthy gut bacteria that negatively influence metabolism and play a role in heart disease.

Overall, eating a diet that includes a lot of plant foods and limits meat may nourish health-promoting bacteria.

However, the gut microbiome is complicated. More research on this topic is needed to fully understand the role of animal protein in gut health.

May help protect against certain cancers

Limiting some types of meat may also help reduce your risk of certain cancers.

Eating a lot of red and processed meats, such as bacon, hot dogs, and other smoked or cured meats, has been associated with a higher risk of developing colorectal cancer.

Poultry and fish have not been connected with increased colorectal cancer risk.

Red and processed meat intake has also been associated with an increased risk of other cancers, including breast cancer.

How these foods affect cancer development is unclear. However, some researchers have suggested that saturated fat and carcinogenic compounds produced during meat processing and high temperature cooking play a role.

Plant foods, on the other hand, appear to have a protective effect against colorectal and other cancers.

A study including more than 77,000 adults found that vegetarian diets, including those that included fish and some meat, were linked to a lower incidence of colorectal cancer, compared with nonvegetarian diets.

SUMMARY
Animal proteins, especially red and processed meats, have been linked to an increased risk of colorectal and other cancers. Plant-based diets that limit these meats or exclude meat entirely are associated with a lower incidence of colorectal cancer.

May be better for the environment

In addition to providing health benefits, eating more plants and less meat may be good for the environment.

Considering the impact of raising animals, you may think it’s necessary to eliminate meat to do good for the environment.

However, gradually cutting back on meat and adopting more of a flexitarian style of eating that includes some meat may still make a difference.

A systematic review of studies on the sustainability of different diets concluded that diets, including vegetarian, pescatarian, and vegan, could reduce greenhouse gas emissions by as much as 80%, compared with standard, meat-centric diets.

SUMMARY
Meat production leads to greenhouse gas emissions and may have negative environmental effects. So, swapping plant foods for some or all of your meat intake may have beneficial effects on the environment.

Less meat is beneficial, too

You don’t need to fully cut out meat to reap the many benefits associated with a reduced meat intake.

Flexitarian diets involve reducing the intake of animal products but not eliminating them. Research has found they’re associated with health benefits similar to those associated with vegan or vegetarian eating patterns.

Furthermore, poultry and fish are usually not associated with the negative health effects linked to red and processed meats, although research is mixed.

Finally, many of the benefits associated with plant-based eating stem from what’s included in the diet rather than what’s excluded.

In other words, eliminating meat may not have as big of an effect on your health as increasing your consumption of nutrient-rich plant foods and eating a varied, well-balanced diet.

In addition, you probably won’t see benefits if you eat a lot of highly processed foods, even if you stop eating meat. Consider reducing your intake of:

Just because a food is labeled as plant-based, vegan, or vegetarian does not mean it’s healthy.

SUMMARY
Eating less meat without eliminating it from your diet may still offer benefits. Enjoying a variety of minimally processed plant foods is also key to reaping the benefits of a meatless diet.

Here are some specific ways you can reduce your meat intake:

• Start by swapping poultry or fish for red meat. Incorporate chicken, turkey, or seafood in place of red meat. These proteins are typically leaner and lower in saturated fat than beef, bacon, sausage, salami, and other cured meats.
• Try plant-based protein sources. Many plant foods provide protein, including black beans, chickpeas, pinto beans, lentils, nuts and nut butters, seeds, and soy-based products like tofu and tempeh. Choose one of these instead of meat in meals or snacks.
• Stretch meat with plant proteins. Try bulking up traditionally meat-heavy dishes with plant foods so they last longer! Try making tacos with lentils in place of half of the ground meat. You can use the rest of the meat in a chili paired with beans.
• Get excited about trying new foods. Make it a goal to try one new plant food per week. Give lentils a try this week, quinoa next week, and black-eyed peas after that. Browse the internet for some tasty ways to prepare them — eating plant-based can be fun!

SUMMARY
If you’re looking to reduce your meat intake, start by swapping in leaner meats, fish, or plant-based protein sources. Search recipes online if you’re looking for some inspiration.

Eating a diet with no or limited meat may benefit your health and the environment.

Cutting back on meat and eating a predominantly plant-based diet may help with weight management, protect against heart disease and certain cancers, and support a healthy gut. Eating less meat in favor of plants may also have beneficial environmental impacts.

If you’re interested in reducing your meat intake to experience some of the possible benefits, refer to the tips above.

Previous article8 Potential Side Effects of Consuming Too Much Diet Soda
Next articleWhat Is the C.1.2 COVID-19 Variant?—Here’s What We Know So Far
RELATED ARTICLES
Food

5 All-Natural Sweeteners That Are (Somewhat) Healthier Than Sugar