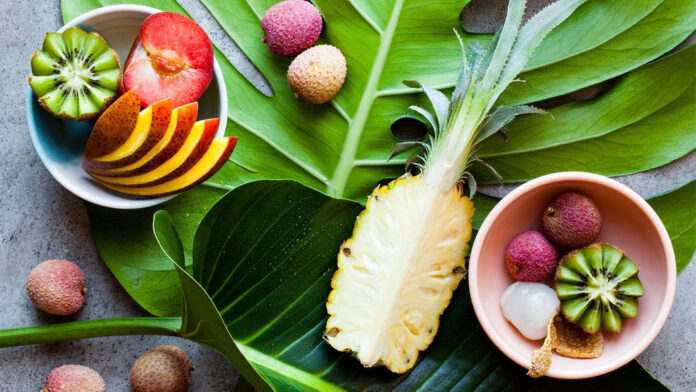 Only whole fruits lowered participants’ risk; fruit juice did not have a positive effect.

A healthy diet is one of the best ways to prevent type 2 diabetes — and new research reinforces the important role of fruit.

People who consumed two servings of fruit per day had a 36 percent lower risk of developing type 2 diabetes within five years, according to a study published in June in the Endocrine Society’s Journal of Clinical Endocrinology & Metabolism. That’s in contrast to those who consumed less than half a serving of fruit each day.

“Diabetes is a huge public health burden and, importantly, type 2 diabetes is preventable,” says the lead study author, Nicola Bondonno, PhD, a postdoctoral research fellow with the Institute for Nutrition Research at Edith Cowan University in Joondalup, Australia. “One of the best ways that we can prevent type 2 diabetes is by consuming a healthy diet, which includes two servings of whole fruit per day.”

Dr. Bondonno and her coauthors analyzed data from 7,675 people participating in the Baker Heart and Diabetes Institute’s Australian Diabetes, Obesity, and Lifestyle Study. (That’s the largest Australian longitudinal population-based study.) The findings indicate that only whole fruits lowered participants’ risk. Fruit juice did not have a positive effect.ADVERTISINGThe study also found a correlation between fruit intake and markers of insulin sensitivity, which means that those who consumed more fruit had to produce less insulin to lower their blood glucose levels. That’s important because “high levels of circulating insulin can damage blood vessels and are related not only to diabetes, but also to high blood pressure, obesity, and heart disease,” Bondonno says.

Bondonno pointed out that the study is observational, “which means we have to be careful with how we interpret these findings,” she says. “While we did try to control for it in our statistical modeling, people who ate more fruit also tended to have a healthier diet and lifestyle overall.” In other words, it’s difficult to isolate fruit as the sole reason why some participants had a lower chance of developing type 2 diabetes.

Diabetes is a ballooning public health issue: More than 34 million Americans have the condition, according to the Centers for Disease Control and Prevention (CDC), and about 90 to 95 percent have type 2 diabetes. Although the evidence is clear that a healthy diet and exercise are excellent prevention strategies, research on the exact role fruit plays has yielded mixed results.

One previous study, published in the BMJ in July 2020, examined data from blood tests for two biomarkers for fruit and vegetable consumption. Those with the highest blood levels of both biomarkers were 50 percent less likely to have type 2 diabetes than participants with the lowest levels.

On the other hand, research published in 2016 in the European Journal of Clinical Nutrition analyzed the relationship between fruit and vegetable consumption and type 2 diabetes and did not find a significant connection.

One reason why evidence has been so inconsistent, researchers say, is that studies are often based on questionnaires, which rely on participants’ recalling what they ate. That’s an imperfect model.

How to Incorporate Fruit Into Your Diet

Aside from its potential connection to diabetes, fruit is an important part of a balanced diet. The 2020–2025 Dietary Guidelines for Americans recommend making half your plate fruits and vegetables. About 80 percent of the U.S. population doesn’t meet fruit recommendations, according to the guidelines.

Fruit is packed with healthy fiber and helps people feel fuller for longer, which can prevent overeating, says Angela Ginn-Meadow, RD, CDCES, a certified diabetes care and education specialist at the University of Maryland Center for Diabetes and Endocrinology in Baltimore. She was not involved in the new study. “One of the things I recommend for all my patients with prediabetes and type 2 diabetes is that they should consume fruit,” she says.

Ginn-Meadow recommends making fruit and vegetables 60 percent of what’s in your shopping cart at the grocery store. One of the keys to eating enough is to make sure it’s always easily available. “You can’t eat something that’s not there,” she says. Stuff your fridge with containers of sliced watermelon, or display a basket of apples on your counter to keep fruit front of mind. And take some along to the office, Ginn-Meadow says.

One of her favorite ways to squeeze more fruit into your daily diet is to turn it into dessert. “When you want a sweet treat, pick up a piece of fruit,” she says — or, during the summer, try a dish like grilled pineapple or baked peaches.

Start Your Day Right: 8 Healthy Breakfast Ideas to Lower Your...