Can Allergies Make You Tired? 7 Things Allergists Need You to Know 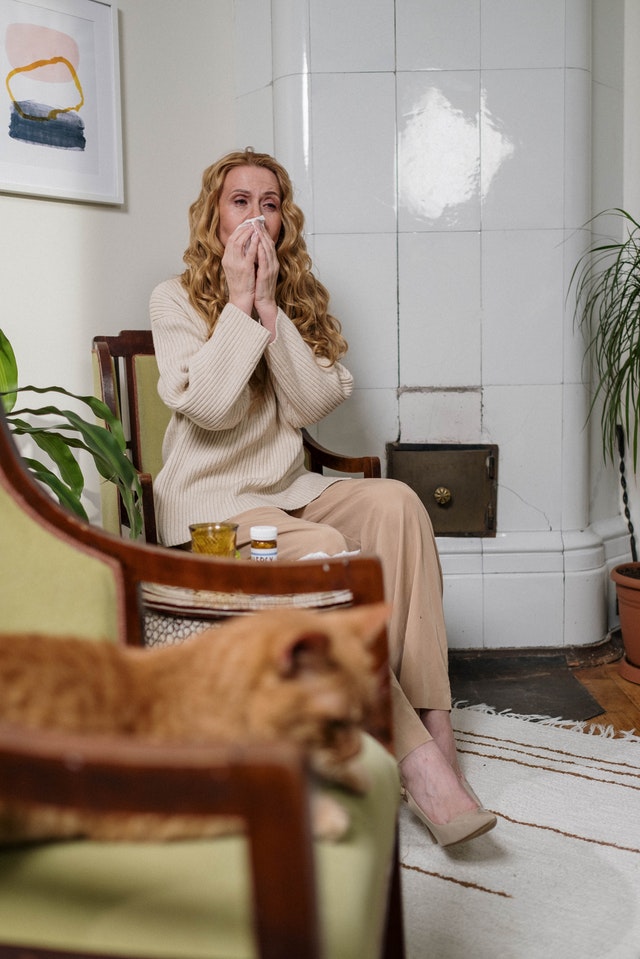 A runny nose, watery eyes, and a persistent cough are what you expect when allergies flare. But constant fatigue and sleepiness? Allergy experts say it’s more common than you think.

“Feeling congested, itchy, and uncomfortable can certainly be a nuisance when it comes to falling asleep and getting deep sleep,” says Sujay Kansagra, MD, an associate professor at Duke University Medical Center who specializes in sleep disorders.

Other factors related to allergies can also come into play, he says, creating chemical and physical reactions that lead to chronic fatigue.

Left untreated, problems from a lack of sleep can be more disruptive than the allergy itself. Here’s what experts want you to know about the connection between allergies and sleep.

About 50 million people in the United States have allergies. That’s about one in every seven people, according to the American College of Asthma, Allergies, and Immunology,

People are generally born with sensitivity to substances, handed down by their parents. However, some people develop allergies over time.

When people with allergies inhale or ingest these allergens, the body’s defense system kicks into overdrive. The immune system unleashes a flood of antibodies—immunoglobulin E (IgE)—to fight off the perceived enemy.

“The [problem] is the allergen is not an infection that requires fighting, but an irritant that should be ignored,” explains James R. Haden, MD, president of the Asthma and Allergy Clinic of Fort Worth, Texas.

For someone with allergies, the immune system views a harmless speck of pollen the same as a deadly spore of botulism.

The rush of antibodies unlocks histamines in the cells, which spring into action to rid the body of the allergens. Think of histamines as the chemical “security guards” in your bloodstream, quickly ushering out the threats.

It’s this chemical storm of histamines that leads to coughing, sneezing, hives, rashes, itchy eyes, a runny nose, and a scratchy throat—all signs of an allergic reaction.

“But in the case of an allergic response, this energy is wasted in an unnecessary endeavor against an allergen incorrectly identified as a threat,” he explains.

The constant release of histamines and other chemicals aimed at fighting off the allergens wears the body down, leading to persistent fatigue.

Whether it’s pollen or bee stings, the source of the allergen is all equally likely to cause fatigue.

“People are allergic to different things, so that means that people will have different primary causes for their allergen-induced fatigue,” says Dr. Haden, who serves on the staff for 10 Texas-based hospitals.

He says allergy-related fatigue may vary in intensity throughout the year, especially for those who have seasonal allergies, like pollen and ragweed.

Why can’t I just catch up on sleep at night?

It’s not that you can’t sleep, it’s that allergies can cause both insomnia and very fragmented sleep, explains Dr. Kansagra, who serves as the director of Duke’s Pediatric Neurology Sleep Medicine Program.

The inability to fall asleep, or period waking, is due mainly to irritation and discomfort.

“Allergies may cause mucous buildup, and swelling and inflammation in the airway that can lead to sleep apnea, which is intermittent blockages in your airway while you sleep,” said Dr. Kansagra. “This leads to low quality of sleep.”

Remember, when allergies are triggered, your body is waging war against the allergens.

A meta-analysis in the Public Library of Science looked at the association between allergic rhinitis (seasonal allergies) and sleep.

Researchers found that those with allergies reported higher incidents of “nocturnal dysfunctions,” including insomnia, restless sleep, sleep-disordered breathing, and snoring.

The same research also found the nighttime issues led to “daytime dysfunction,” including difficulty waking up, daytime sleepiness, morning headache, and the use of sleep medications.

Even if you can’t remember waking up from your allergy symptoms during the night, you probably did, says Dr. Haden.

“Even getting the recommended eight hours of sleep doesn’t mean that those were eight quality hours of deep sleep,” he adds.

What are the dangers of sleep deprivation?

If your allergy-related fatigue is unresolved, the potential for negative outcomes rise, Dr. Kansagra warns.

“Being tired affects all parts of your well-being, including your attention, mood, safety while driving, and many others,” he adds.

Over a long period of time, brain function begins to diminish, along with immune function, cardiovascular health, and glucose tolerance.

“If you are sniffling, sneezing, coughing, itching, and draining all day from allergies, that in itself is fatiguing,” Dr. Haden says.

The fatigue carries into the daylight hours when you often need to be focused and productive. This is called “brain fog” which is the inability to concentrate experienced by many allergy sufferers.

Routine tasks take more energy to complete because of the mental effort required to overcome fatigue.

“If allergies have gotten severe enough to have a prominent impact on your quality of life, it is time to speak with your doctor,” advises Dr. Kansagra.

Could my allergy medication be part of the problem?

Prescription medications can cause fatigue, but when used properly and managed well, they can help allergy sufferers battle through.

“The best treatment outcomes are always when the patient and physician work together to tailor a treatment plan to a particular patient’s allergies, lifestyle, and needs,” explains Dr. Haden.

Mississippi-based pharmacist Lori Elliott says to use caution when combining allergy medications with other prescription products that can cause drowsiness, including those for pain, anxiety, depression, and blood pressure.

“People should take these medications at night,” says Elliott, who currently works as a pharmacist in Oxford and has worked as a pharmacist in Georgia and Mississippi for more than 30 years. “If drowsiness continues to affect quality of life, I recommend contacting your prescriber for a reduction in dose or a change in therapy.”

Are over-the-counter medications effective for allergies?

Yes, says Elliott. Allergy-targeted medications contain antihistamines to help reduce or block the histamines which cause your runny nose or itchy, watery eyes. They can, however, also add to your sleepiness.

“The older, first-generation antihistamines, diphenhydramine (Benadryl) and chlorpheniramine (Chlor-Trimeton) often cause sedation as a side effect,” Elliott says.

If you’re looking for relief without fatigue, she recommends newer medications that are less likely to cause drowsiness.

These include cetirizine (Zyrtec), fexofenadine (Allegra), or loratadine (Claritin) that you take daily throughout the allergy season. Over-the-counter steroid nose sprays, like fluticasone (Flonase) or budesonide (Rhinocort), can also help your nasal symptoms.

“They may not be 100 percent effective,” he advises. “There are a variety of alternatives to over-the-counter allergy medications that your doctor can consider, including a referral to an allergy specialist.”

And just because it’s approved for sale, does not mean it’s risk-free. Dr. Haden points to a study in the Annals of Internal Medicine that found the ingredient in Benadryl caused more driving impairment than alcohol.

That’s another reason to take sleep-inducing medications only at night before going to bed, says Elliott.

Is there a medication alternative?

The process involves giving gradually increasing doses of the allergen, either by shots or pills under the tongue, to “train” the immune system to become less sensitive.

“Immunotherapy provides the opportunity to have a lasting true reduction in being allergic,” says Dr. Haden. “It is the most natural and targeted treatment option with the fewest side effects.”

Good candidates for immunotherapy have side effects from allergy medication, or don’t want to constantly take medicine.

According to the Asthma and Allergy Foundation of America (AAFA), allergy shots work best for environmental allergens such as pollen and dust mites. “Sublingual immunotherapy” is most effective for nasal allergies, such as dust mites and ragweed.

Neither method is approved for food allergies, although research is currently underway, according to the AAFA.

The bottom line is allergic reactions have been around for about as long as people have been around. The body’s natural defense against harm, the immune system, developed over the thousands of years of human existence (and survival): A study in Frontiers in Microbiology suggests the first allergies may be to parasites, to signal our ancestors not to eat rotten food.

The post Can Allergies Make You Tired? 7 Things Allergists Need You to Know appeared first on The Healthy.

Previous articleHow Often Should You Wash Your Sheets? Here’s What Germ Experts Recommend
Next articleDoes Walking Count as a Workout?
RELATED ARTICLES
Health

Hospitals Are Once Again at the Breaking Point as COVID-19 Cases...

All About Migraines: Triggers, Treatment, Prevention, and More

4 Skin Conditions That Can Signal Other Health Problems

Having Anxiety vs. Feeling Anxious: What’s the Difference?

What to Know About Age Spots—Plus 4 Products to Help Get...