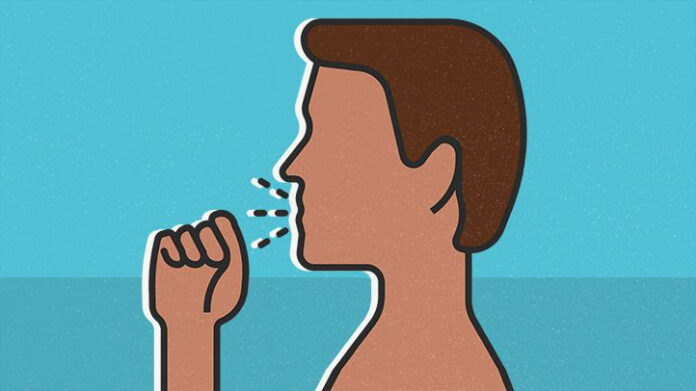 Whether you opt for tea with honey or sliced onions, these home remedies may help keep your cough in check.

elieve it or not, a cough is actually a good thing. It’s your body’s way of clearing your airways in response to an irritant, according to the Mayo Clinic. But a cough can also keep you up all night and make you generally miserable — and sometimes it feels like it’s never going to go away.

If you’re struggling with how to get rid of a cough, here’s the good news: Most coughs clear up on their own without treatment. In the meantime, there are several natural remedies for cough that have proven benefits, says Stephen Russell, MD, a physician at the University of Alabama at Birmingham department of medicine and an expert in upper respiratory infections.

Here are Russell’s tips for how to stop coughing attacks and some of his favorite home remedies for cough, many of which you probably already have in your kitchen or medicine cabinet.

1. Have Some Honey — It’s a Natural Cough Suppressant

If you enjoy the taste of honey, you’re in luck. “Hot liquids with honey can soothe and treat cough for short-term periods,” says Dr. Russell. Use plain hot water or a favorite hot tea, and add honey and lemon to taste (the lemon is just for flavor).

Honey right from the spoon is another low-cost cough home remedy with proven benefits. In a study published in the journal Pediatric Clinics of North America, children age 2 and older with upper respiratory tract infections resulting in cough were given up to 2 teaspoons of honey at bedtime. Not only did the honey reduce nighttime coughing, it also improved sleep. Another study published in JAMA Pediatrics found that honey had modest benefits in reducing nocturnal cough in children ages 2–18. But never give honey to children under age 1, Russell says, because in rare cases it can cause infant botulism.

2. Suck on Lozenges or Hard Candy to Help Stimulate Saliva

Lozenges and hard candy help stimulate saliva or increase secretions in the mouth, which can dampen any cough you may have, explains Russell. This works especially well as a dry cough remedy, he adds. There is not a lot of scientific evidence to back up herbal lozenges like those containing zinc, vitamin C, and echinacea, notes Russell, but they may have modest benefits — even if it’s just a placebo effect — and none of them are harmful.

3. Drink Fluids for Hydration and to Boost Your Immune System

Drinking fluids of all kinds, especially warm ones, like hot water, chicken soup, and tea, is another good home remedy for a cough, says Russell. “Many people who have a cough tend to get dehydrated,” he explains. In addition to hydration, fluids also help your immune system fight off the source of the infection or virus that may be causing your cough, and soothe the sore throat that is common with a cough, he adds.

4. Gargling May Make Your Cough Go Away Faster

Have some table salt at home? Go ahead and add some to warm water and gargle with it. In a small study published in the American Journal of Preventive Medicine, simple water gargling tended to weaken the symptoms of upper respiratory tract infections (aka the common cold) and even prevent the infections from happening in the first place. In a pilot study published in January 2019 in Scientific Reports, gargling with warm salt water (along with nasal irrigation) was also been shown to have some benefits for improving cold symptoms and reducing the duration of symptoms like cough.

5. Use a Humidifier or Take a Steamy Shower to Ease Congestion

If you’ve ever noticed your cough or congestion easing up as you enjoy a hot bath or shower, then you know the value of humidity for easing cold symptoms. You can create this simple cough remedy at home by taking a steamy shower or by using a cool mist humidifier. Humidifiers add moisture to the air, and cool-mist humidifiers may help ease coughing and congestion due to a cold, according to the Mayo Clinic. Remember to follow the manufacturer’s directions to keep your humidifier clean and avoid encouraging bacteria and mold.

6. Cut Up an Onion to Relieve Your Cough (or So People Say)

Many people start to cry the minute they begin chopping up an onion. But while there isn’t any science behind it, some people swear that the strong vapor an onion emits when it’s cut helps relieve a cough, says Russell. Before you go to bed, cut an onion into quarters and leave it on a plate on your bedside table or at the foot of the bed. Although using onions may sound like nothing more than an old wives’ tale, Russell says it’s quite popular in Spain and France.

7. Use Over-the-Counter Cough Medicine if Nothing Else Works

If you’ve tried other cough remedies and you’re contemplating the stash of cough and cold products in your medicine cabinet, read the labels first. “Studies have shown that those with dextromethorphan may be slightly better than placebo in helping to reduce cough,” says Russell. Products that contain pseudoephedrine can help stop postnasal drip from a virus or allergies and may also reduce cough, he adds. But these medications have their limitations: Dextromethorphan is not safe for children under age 5, notes Russell, and pseudoephedrine tends to increase blood pressure and heart rate.

When it comes to nighttime cough medicines like Benadryl (diphenhydramine), they typically contain an antihistamine that makes you feel sleepy, as well as helping to stop your cough. Benadryl may have side effects for people over age 65, such as reducing stability in the middle of the night. Russell advises trying natural remedies before turning to cough medicines, and then proceeding with caution.

Previous article21 Tips for Weight Loss That Actually Work
Next articleDoes Metformin Cause Weight Loss? What to Know Before You Take It
RELATED ARTICLES
Health

Calm Your Mind for Free with These No-Cost Meditation Solutions

How Often Should You Wash Your Sheets? Here’s What Germ Experts...

What Is Insomnia Light Therapy? Here’s How It Works