What Is a Nervous Breakdown? 7 Symptoms to Know, According to a Psychologist 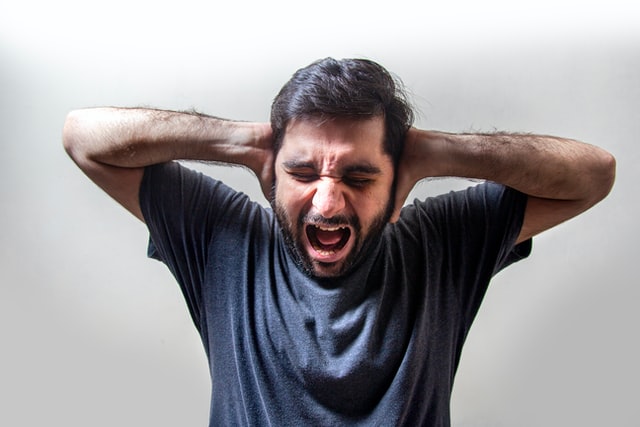 It’s not exactly a clinical term—but that doesn’t mean it isn’t a serious issue.

I’m having a nervous breakdown. You may have uttered this (or at least thought it) when you’ve been overwrought with stress and ready to snap. But what is a nervous breakdown, exactly? And what should you do when you feel like you’re about to fall apart?

Instead, it’s more of a catchall term that can reference a number of psychological ailments—but it can still be a serious issue. “[A nervous breakdown] is a situation in which a person cannot function normally because of overwhelming stress,” Engle says. Here’s what you need to know about what can be considered a so-called nervous breakdown, and what you can do if you or someone you know may be experiencing one.

What are the signs or symptoms of a nervous breakdown?

Because a nervous breakdown isn’t a specific clinical term, symptoms will vary from person to person, and even culture to culture. “Our bodies and minds respond to stress in different ways,” Engle says. Some of the most common signs that someone is feeling overwhelmed and not having an entirely healthy response to stress include:

“Anxiety and depression are common, common reactions [to stress],” Engle says. “Where you get into problems is when that stressor is ongoing and persistent, and the person’s coping resources are overwhelmed.” If you’re headed for a nervous breakdown, you might feel weepy, or even experience episodes of uncontrollable crying, Engle says. Some people suddenly struggle with self-esteem and confidence. “Feeling guilt is a big one,” she adds.

Sleeping too much, or not enough

A change in your sleep habits is another warning sign, Engle says. “Some people find that they go into sleep overdrive,” she says. “Sleep becomes an escape.” Others may develop insomnia because their brain is in overdrive. They may lay awake at night ruminating, she says, “mentally rehearsing situations over and over again that have no solution.”

Extreme tiredness could also be a clue you’re stressed to the max. You might even feel weakness in your body, Engle says. Activities you previously handled with ease may become increasingly difficult. And things that used to bring you joy may lose their appeal. That includes sex, Engle says. Loss of libido is commonly linked to stress.

“Maybe you’re not eating, or conversely, you might be overeating,” Engle says. The stress hormone cortisol can trigger cravings for high-fat, high-sugar foods. What’s more, when you’re in the middle of a breakdown, you may be less motivated to prep healthy meals. “There’s less ability to care for oneself in the way one typically would,” Engle says.

Think headaches, or stomachaches. “For some people there might be a GI component,” Engle says, such as diarrhea or constipation. It’s no secret stress can do a number on your gut. It’s known to cause a variety of problems with digestion.

Are you having trouble concentrating? Or just feel like you’re not thinking clearly? There are often cognitive symptoms with a nervous breakdown, Engle says, which might include anything from difficulty with problem-solving and indecisiveness to a sense of disorientation and memory loss.

Keep an eye out for classic signs of anxiety too, such as tightness in your chest and rapid breathing. Taking quick, shallow breaths can ramp up the body’s stress response even more. A breathing exercise designed to slow down your breath can provide fast relief. But if you experience trouble breathing on a regular basis, it’s important to address the root of the problem.

What are the causes of a nervous breakdown?

As difficult as it is to define a nervous breakdown, it’s just as difficult to understand what may cause one. A number of things can contribute to what might be referred to as a nervous breakdown—mainly including high-stress events like a bad break-up, money issues, grief, or even psychological burnout.

But it’s important to note that an individual’s coping skills come into play here too—because everyone handles stress differently, their responses to that stress will also be different. A person’s support system to handle those stressors matters, as well.

In any case, a so-called nervous breakdown can indicate an underlying mental health problem—like anxiety or depression—that needs psychiatric attention.

What should you do if you think you’re having a nervous breakdown?

This too depends on the specific person and situation they’re in. If someone is experiencing a lower level of stress, but still feels out of sorts, it may be a good idea to prioritize self-care and engage in healthy coping mechanisms, like exercising or practicing a favorite hobby. Getting an adequate amount of sleep, engaging in healthy eating habits, and getting enough time with friends and family can help, too.

However, if a person is exhibiting more severe symptoms that seem to be impinging on their daily life, it’s a good idea to seek psychological help—something that no one should ever be afraid to seek out. “I always encourage someone to seek out the chance to speak with, or meet with, either a therapist, a psychologist or a social worker—but a licensed mental health professional,” Engle says. “Going to get help is one of the most important things you can do.”

Previous articleHow to Take An At-Home COVID-19 Test and What to Do If You Test Positive
Next articleWhat Is Brazilian Butt Lift Surgery, and Why Is It Sometimes Risky? Here’s What Experts Say
RELATED ARTICLES
Health

What Is Processed Meat and Is It Bad for Your Health?

What is Joyful Movement and How to Find Yours

Here’s the Difference Between Collagen Powder and Collagen Pills

Here Are the Benefits of Farm-Raised vs Wild-Caught Salmon