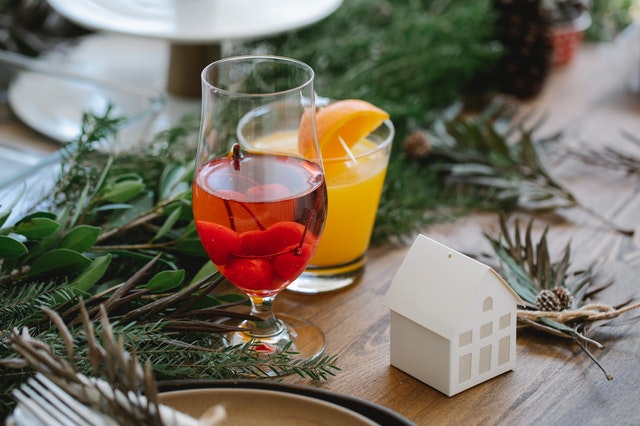 Science says what you sip before bedtime (and for several hours leading up to it) can definitely affect your slumber.

From warm milk to chamomile tea to a plethora of wellness drinks, there’s no shortage of beverages available that have claims drinking them can help you sleep. But which ones might actually serve your slumber?

Here’s a list of the best and worst beverages for your sleep — and the ones the sleep medicine jury is still out on.

But first, it’s important to note that everyone should avoid consuming too much of any beverage just before sleep (as the need to urinate will wake you up). And this caveat is especially significant if you’re older, have a sensitive bladder, or are on a medication that may increase urination (like an SGLT2 inhibitors for diabetes), explains Alon Avidan, MD, professor of neurology and director of the Sleep Disorders Center at the University of California in Los Angeles (UCLA).

For these individuals, he suggests stopping drinking any beverages (aside from a sip or two of water to quench thirst) three to four hours before bedtime. “It would be ideal to keep primary fluid intake to during the day and drink typical fluids during dinner,” he says.

The Best Beverages for Sleep

According to the Centers for Disease Control and Prevention (CDC), plain water is the healthiest, best beverage you can drink any time of day — it has zero calories and prevents dehydration, a condition that can cause foggy thinking, make you moody, and increase risk of constipation and kidney stones.

Research has suggested there may be a link between dehydration and poorer sleep (including an observational study published in 2019 in the journal Sleep), but more data is needed to explain exactly if one causes the other and if so, specifically which one causes which.

The old cliché of nursing a cup of chamomile tea to bring on sleep has merit: Research has shown chamomile to be soothing and slumber-inducing. A number of studies, including one published in October 2015 in the Journal of Advanced Nursing of sleep-deprived Taiwanese new moms, have found chamomile tea conducive to a better night’s sleep. “It has a soothing, warming effect — just by knowing you’re taking something that’s more related to relaxation — that by itself can have a positive effect,” says Dr. Avidan.

“Tart cherries are rich in melatonin, the sleep-inducing hormone that we naturally create,” explains Dr. Hunnes, who adds people might consider eating the fruit rather than drinking the juice. “The naturally occurring sugar in the juice might make you have to urinate more — sugar often pulls additional water to dilute it in the body,” she explains.

Avidan says he’s recommended patients try drinking tart cherry juice for sleep. “There is published data that shows that there is a positive effect on two attributes related to sleep — sleep latency (how long it takes one to fall asleep) and an improvement in the time that people are remaining awake during the night,” says Avidan.

The Worst Beverages to Drink Before Bed

It may make you drowsy, but a cocktail doesn’t necessarily make for good sleep.

“Alcohol can absolutely disrupt sleep patterns, especially the important brain waves we have when we sleep. It makes it more difficult to fall into a deep sleep,” says Hunnes.

She recommends stopping drinking alcohol of any kind four hours before bed and having no more than one drink on a night for better quality sleep. “It takes one hour and 15 minutes to metabolize one drink, so giving yourself the extra time, plus the time to drink additional water to flush it out of your system, can be helpful,” she says.

No surprises here: Avidan says coffee is problematic to drink before sleep for two reasons. It has a diuretic effect, which means it promotes urination; and the caffeine in coffee keeps you up.

Hunnes adds that even decaf can keep you up. “I would avoid caffeinated coffee within eight hours of bedtime due to its longish half-life and dose of the caffeine,” she says.

Black and green teas both contain caffeine and are diuretics, so they don’t make the best bedtime beverages for the same reasons as coffee, says Avidan. “I would avoid them within four to six hours of bedtime, since even a little bit of caffeine has been shown to be detrimental to sleep patterns and potentially make falling asleep more difficult,” says Hunnes.

The caffeine and sugar combination found in most colas can cause sleep issues, both experts say. Even if the drink has neither, bubbles from the carbonation can keep you up, says Hunnes. “I would probably limit soda to no closer than three to four hours before bed without caffeine, and eight hours if it has caffeine,” she says.

The Beverages That Claim to Help Sleep, But Don’t Have a Lot of Evidence to Show for It

Proceed with caution when it comes to relying on these beverages for better sleep. The evidence to-date isn’t there to back up that they can really boost your rest.

As magnesium deficiency has been associated with sleep disorders, one would think supplementation might be helpful in bringing on a peaceful slumber.

Hunnes says magnesium-infusion drinks may help with sleep by helping to regulate melatonin (a sleep-inducing hormone) and lower blood pressure. She mentions, however, the amount of magnesium in these drinks (like Calm) may not be sufficient enough to really make a difference. “You might be better off getting your magnesium from foods, but since there’s won’t be caffeine in Calm, there’s no reason to avoid it either,” she says.

It’s an ages-old recommendation, but the science behind this one is far from rock-solid.

“It may work because the milk is a comfort food that helps some people fall asleep,” Hunes says — because of the placebo effect. “It may also be the tryptophan in it or other proteins that help people fall asleep,” says Hunnes. There’s not good scientific evidence, however, to show it markedly improves sleep.

Avidan adds that warm milk should be approached with caution because it can cause gastric reflux in those with gastroesophageal reflux disease, or GERD. “Drinking a glass of warm milk is always been thought traditionally as calming, but it comes with a price in folks with reflux,” says Avidan.

Whether CBD beverages can do your sleep any favors is not yet known. Avidan says he would caution against trying CBD beverages for sleep because there’s variation in how people react to it. Also, there’s a lack of data to hint at whether it’s helping sleep or not and whether it comes with any other risks. “It’s hard to make a recommendation here because it’s not backed by data,” says Avidan.

The formula for the drink may be based on research that suggests different ingredients (like specific minerals and amino acids) are good for sleep. “But no one has really tested the safety of using this combination in a specific drink,” says Avidan — or whether it actually works. “We don’t have the data.”

Previous articleSleep 101: The Ultimate Guide on How to Get a Better Night’s Sleep
Next articleThe US is about to reach a surprise milestone: too many vaccines, not enough takers
RELATED ARTICLES
Health

Should You Try “Nature’s Cereal”? What This Dietitian Thinks of the...