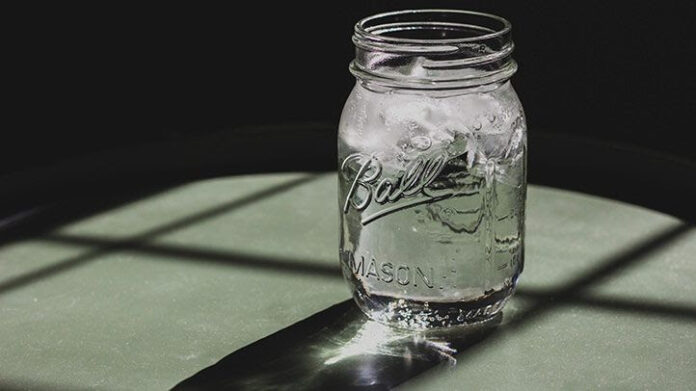 Boost your mood, support your weight, and sharpen your focus by knowing when and how much to hydrate.

If one of your goals is to drink more water, you’re on your way to a healthier body. “Every cell in our body requires water. Water is critical for the function of your digestion, heart, lungs, and brain,” says Sarah Krieger, a registered dietitian nutritionist in St. Petersburg, Florida.

There are many guidelines about how much to drink. Krieger instructs clients to take their body weight in pounds (lb), divide this number in half, and drink that many ounces (oz) in fluids, including water, each day. (If you are 140 lb, that’s 70 oz of fluids, which is the equivalent of almost nine cups of fluids.) That also depends on your activity level, if you’re out in the heat, or if you’re pregnant, nursing, or ill — all factors that require you to increase hydration. Similarly, water intake recommendations from the National Academies of Sciences, Engineering, and Medicine suggest men drink at least 13 (8 oz) cups of fluids per day and that women aim for 9 (8 oz) cups of fluids or more.

Regardless of your hydration goal, drink consistently throughout the day. Here are seven times when sipping is a smart move to make:

1. When You Wake Up, Consume One to Two Cups of Water

Rather than a bleary-eyed reach for the coffee, drink one to two cups of water first. Because you don’t drink while you’re sleeping, you wake up already dehydrated, explains Krieger. Having water now can get you back up to your baseline. This can also help if you take medication in the morning. Then, yes, go get your coffee. The good news is that it counts as fluid, too, and, although it is a caffeinated drink, which tends to be dehydrating, moderate amounts of java are not dehydrating, according to a small, previous study in 50 men. (Still, coffee is not a replacement for water.)

2. To Regulate Hunger, a Glass of Water Before a Meal May Help

Water may play a role in weight management, says Melissa Mitri, RDN, owner of Melissa Mitri Nutrition LLC in Milford, Connecticut. “Drinking a cup of water before a meal can help you feel more full and help prevent overeating,” she says. Indeed, a small study found that drinking water before a meal helped men and women eat less and feel just as satisfied as a group who didn’t drink water before. Researchers published their findings in October 2018 in the journal Clinical Nutrition Research.

It may also be better if it’s iced. A small study on men in the European Journal of Nutrition in January 2019 found that participants who drank two cups of iced water at 35 degrees F ate less food compared with groups that drank warm or hot water, as the chilly temp slows digestion and may help reduce appetite.

3. Have a Glass of Water to Help Wash Down a Meal

Drinking water with food aids digestion, says Mitri. Water is especially important to drink alongside high-fiber foods. Fiber moves through your digestive system and absorbs water, helping form stools and promote regularity, she says. So if you’re packing your plate with plant-based foods (as you should!), sip on water, too.

4. Rather Than Reaching for Coffee to Cure a Midafternoon Slump, Drink Water

It’s common to experience the midafternoon dip, a downward slide of energy that happens around 3 p.m. This slump compels many people go get coffee to power through the end of the day, but this beverage choice can cut into your sleep, says Mitri. Even drinking caffeine six hours before bed was found to disrupt sleep compared with a placebo, concludes past research. Reaching for a sugary snack can have similarly unwelcome effects: namely, an energy crash after a spike. Instead of turning to these imperfect solutions, address the root cause, which may be dehydration. A review published in Nutrients in January 2019 notes that in addition to fatigue, dehydration can cause anger, hostility, confusion, and depression. Thus, making water a daily habit can help ensure your energy — and mood — stay steady.

5. Drink H20 When You Have a Headache

A headache can be a symptom of dehydration, says the National Headache Foundation. What’s more, it can also trigger migraine attacks. For those with migraines, increasing water intake may help decrease migraine severity, frequency, and duration, suggests a July 2020 trial in adult women published in the Journal of Clinical Neuroscience.

6. Hydrate Smartly Before, During, and After Exercise

Hydrating begins a day or two before exercise, says Krieger. You also won’t want to slam water before a workout in hopes of hydrating up — that will likely lead to uncomfortable sloshing and bloating as you move. Make sure you’re drinking water regularly in the days leading up to a workout, particularly those that are tough or sweaty. In fact, according to Cleveland Clinic in Ohio, you should focus on a hydration strategy starting the week before an endurance race, as a November 2019 study in Sports Medicine shows that going into it dehydrated even by a small amount can decrease performance. For moderate workouts (such as a jog outside, a speed walk in the morning, hopping on a recumbent bike), drink a cup of water about 30 minutes prior and sip during exercise, adds Mitri. Then be sure to hydrate well after your workout is complete to replace what you’ve lost through sweat.

7. Have a Sip or Two of Water Before Bedtime

Don’t drink a cup or two of water before bed — you’ll have to get up in the middle of the night to go to the bathroom, and that will disturb your sleep. However, go ahead and bring a glass of water to your bedside at night, just in case you get thirsty. For many patients on medication, one common side effect is dry mouth, so keeping H20 nearby can be helpful, says Krieger.

Make drinking water more interesting. “A lot of people don’t have a taste for water,” says Krieger. There’s nothing wrong with that, but you’ll want to do the work to identify how you like it so that you’ll actually drink more. Maybe that’s room temperature or with ice. Filtered or from the tap. Or with slices of orange.

Keep water by your bedside. This isn’t just critical for staying hydrated, but also for reinforcing the habit because it serves as a visual reminder to start sipping, says Mitri. What’s more, “if you start with water, it makes it easier to continue that habit throughout the day rather than playing catch-up,” she says.

Try a challenge. Old habits can be hard to break, and new ones can be tough to form. Commit to a hydration challenge, like chief medical correspondent of ABC News, Jennifer Ashton, MD, took on for her book The Self-Care Solution, to hold yourself accountable. Fun apps like Plant Nanny can coach you through your “self-watering” process. Or try Madefor, which is focused on building those cognitive connections that make good-for-you moves, like hydrating, automatic.