Should You Be Drinking Mushroom Coffee? 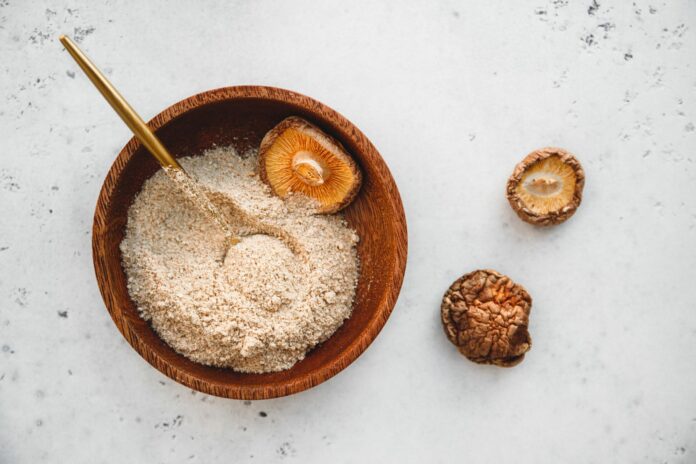 The rise of mushroom coffee

If you’ve been on social media lately, chances are you’ve been inundated with bright, sunny pictures of beautiful people with some type of coffee drink. What else is new, right? But this isn’t your standard brew, it’s the latest and greatest “healthy” beverage: mushroom coffee.

It’s not surprising this is trending, says Scott Kaiser, MD, director of cognitive health at the Brain Health Center at the Pacific Neuroscience Institute and a geriatrician with Providence Saint John’s Health Center in Santa Monica, California.

“There’s been a huge increase in both public and scientific interest in the powers of mushrooms,” he says. “They’re very appealing because they specifically help deal with things like insomnia, mood, and stress—essentially the side effects of modern life.”

Adding mushrooms to coffee may sound strange at first but it makes sense as coffee is something many people drink regularly. Plus, it has a strong flavor to hide the taste of the mushrooms.

Fans say that mushroom coffee tastes almost identical to regular coffee, but it comes with a long list of purported health benefits, including everything from healthier hair to weight loss to treating cancer.

With such bold health claims, it’s hard not to wonder whether this is real or just one more health hoax. To learn more about this new coffee trend, and whether it’s actually healthy, we spoke with experts who breakdown the two main ingredients: mushrooms and coffee.

Fungi, including many types of mushrooms, have been used medicinally for centuries, and for good reason as they have a long list of proven health benefits, says Kristin Gillespie, a registered dietitian and certified nutrition support clinician with Exercise With Style, based in Virginia Beach.

Here are just a few:

Many types of mushrooms can be classified as adaptogens, herbs that help support the body as it responds to stressors, particularly by bolstering the adrenal glands. Adaptogenic supplements may also help reduce stress by improving mood and sleep.

One of the primary benefits of mushrooms is cognitive, including better memory and ability to concentrate, due to their neurotrophic growth factor. This means they can help promote the growth of neurons and improve the functioning of neurotransmitters in your brain.

The evidence is so compelling that Dr. Kaiser says he sometimes “prescribes” lion’s mane supplements, in addition to other treatments, to some of his patients to help prevent or slow down memory loss. It increases acetylcholine, a neurotransmitter that can become deficient in Alzheimer’s disease, he says.

Vitamin D is essential to a healthy immune system, along with these other life-saving vitamin D benefits. Many mushrooms deliver vitamin D, making them one of the only dietary sources of this vital nutrient. Our bodies also make vitamin D in response to sunlight exposure.

Mushrooms are high in antioxidants, compounds that work to prevent damage on a cellular level in your body. These can help prevent some types of diseases, including cancer and heart disease, and may also reduce signs of aging.

Coffee is one of the most popular beverages around the world and humans have been drinking it for centuries. In fact, 54 percent of American adults say they drink an average of three eight-ounce cups per day.

Part of coffee’s popularity may be due to the addictive rush of caffeine, but coffee has impressive health benefits.

Coffee is so high in immune-boosting antioxidants that it is on the list of top cancer-fighting foods published by the American Institute for Cancer Research. It can help reduce and prevent DNA damage from illness and lifestyle factors, like pollution.

Many people swear by coffee for its ability to temporarily improve focus and concentration, likely due to the stimulant effects of caffeine. However, the antioxidants found in whole coffee beans may also provide some long-term cognitive benefits.

In excess, coffee is bad for your cardiovascular health. However, when consumed in moderation, it can help your heart.

The all-natural caffeine in coffee has been associated with improved physical performance, especially in aerobic or endurance exercises, like running. It may be due to its ability to reduce your perception of fatigue and pain. These effects are temporary but a regular exercise routine has powerful and long-lasting health benefits.

Mushrooms and coffee: A perfect combo?

If mushrooms and coffee (in moderation) are both good for your health, then the two combined as mushroom coffee must be even better, right? If only it were that simple.

“There’s nothing in the research that shows a synergistic effect between coffee and mushrooms so combining them doesn’t offer additional health benefits,” says Dr. Kaiser.

It may even be counterproductive.

“Caffeine and tannins, compounds found in coffee, reduce the absorption of vital nutrients which means they may impede your body’s ability to absorb the nutrients in the mushrooms,” says Gillespie.

However, there is one big pro to adding mushroom powder to coffee.

“Perhaps the biggest benefit I see is that coffee can mask the taste of the mushroom powder as many people find mushrooms unpleasant. It may also be more convenient for people to drink it rather than cook and eat whole mushrooms,” Dr. Kaiser says.

Ultimately, if drinking mushroom coffee encourages people to up their intake of the fungi then it’s a good thing, he says.

Beware of ingredients in mushroom coffee

One major downside to popular brands of mushroom coffee touted on social media is that you can’t be sure what you’re really getting.

It’s classified as a supplement and as such, there is no oversight from the Food and Drug Administration or other official entity to ensure its safety and efficacy. It could be packed with powerful mushrooms. Or sawdust. And you have no way of knowing.

Even if there are real mushroom extracts in the coffee, it’s hard to know exactly how much, what type, the concentration, and the extraction process used, all of which affect the potency, says Gillespie.

Pro tip: Real mushroom powders and extracts are expensive and time-consuming to make, so if the coffee is cheap, chances are there’s not much (if any) fancy fungi in it.

Another issue is the health claims.

“You’ll often see things like ‘cures cancer’ or ‘prevents dementia’ but this is stretching the truth at best and the claims are often outright lies,” says Dr. Kaiser. “They may have a small beneficial effect, but there isn’t anything that can single-handedly do those things and if it sounds too good to be true then it is.”

Even claims made based on real research studies may not be everything they say they are.

He points out that many supplement studies are quite often small, not rigorously controlled, are sponsored by the company, and/or done in rodents, not humans—all things that can cast doubt or invalidate findings.

How to drink mushroom coffee (and when to avoid it)

Drinking mushroom coffee may provide some health benefits. If you enjoy it and are generally healthy, it’s likely fine to drink it, says Dr. Kaiser.

Make it part of a healthy lifestyle

“Mushrooms may have some effect, but regular exercise, a healthy diet, adequate sleep, and mediation will provide far more benefits than any supplement,” says Dr. Kaiser. “Mushroom coffee will not make up for bad habits in those areas so work on those things first.”

Drink it earlier in the day

Mushroom coffee is often touted as having slightly less caffeine than regular coffee but any caffeine-containing substances can interfere with your sleep.

To avoid insomnia, drink only the recommended amount and stop all caffeine consumption by one or two in the afternoon. If you struggle with insomnia it may be wise to avoid it altogether.

Don’t combine it with energy drinks

Caffeine can have a compounding effect and you don’t want to add mushroom coffee to other stimulants like energy drinks, energy supplements, or some prescription medications, like attention deficit hyperactivity disorder (ADHD) drugs.

Mix it up with whole mushrooms

Whole mushrooms have an impressive nutritional profile so if you truly want to reap the benefits of mushrooms, make sure you’re eating them in their whole form sometimes, says Gillespie.

You can eat them raw but if you’re worried about the flavor or texture you may prefer to cook them and mix them into stir-fries or pasta sauces.

“This is also the safest way to ingest mushrooms as you know exactly what you are getting,” says Dr. Kaiser.

Talk to your doctor first if you take any medications

Both mushrooms and coffee are known to interact with certain types of over-the-counter and prescription meds so if you take regular medications you need to talk to your doctor before drinking mushroom coffee, says Dr. Kaiser.

Some mushrooms can lower blood sugar and blood pressure, or act as blood thinners. Coffee can act as a diuretic, increase the metabolism of certain medications, and block the absorption of some nutrients.

All of these can have potentially harmful consequences, especially if you take any medications that already do those things, he explains.

“Although mushrooms themselves have a variety of health benefits, there’s no research showing that mushroom coffee is worth all of the hype,” says Gillespie. “With minimal research to support its health claims and a hefty price tag, you’re better off just adding mushrooms to your diet.”

The post Should You Be Drinking Mushroom Coffee? appeared first on The Healthy.

Previous articleShould You Use Collagen for Your Hair? What Experts Recommend
Next articleHere’s Why You Keep Self-Sabotaging—And How to Stop the Cycle
RELATED ARTICLES
Health

What Is Filtered Water and Is It Healthier Than Tap?

What is Oxidative Stress and Should You Worry About It?

Is Avocado Oil Good for Hair and Skin? What Dermatologists Say