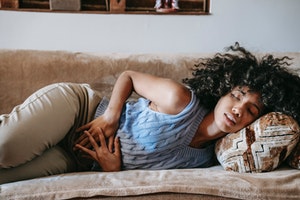 Experiencing pelvic pain post-menopause is quite common and the only possible causes ruled out are pregnancy and menstrual cramps. Everything else that could have caused someone to experience pelvic pain as a younger woman is still valid possibilities, although a few additional susceptibilities are added to that list. This means that the cause could potentially be anything, but we will outline some of the most common reasons that have been found to be responsible for causing pelvic pain in women in their late-middle ages. Before we do though, we must first discuss how to identify a potential emergency.

When Should You Go for an Immediate MRI Scan?

Understand that there are sharp differences between the possible reasons that could lead to acute pelvic pain and those that are responsible for chronic pelvic pain. Although there can be overlapping causes as well, if your onset of the condition was sudden and abrupt, the area must be scanned immediately after to prevent things from getting any worse. It could be caused by life-threatening developments such as a ruptured ovarian cyst, a UTI in its advanced stages, PID, appendicitis, etc.

In case you do not have health insurance, or if you do have it, but the provider is refusing to pay for the necessary scan, you can rely on places like Express MRI to help you in getting the scan you need at a fraction of the usual price. As the MRI scan is not a restricted treatment procedure, but an important diagnostic test, you will not need a doctor’s prescription for it. Sometimes, all it needs is a timely intervention to keep something small from becoming extremely harrowing. Even if the cause is benign, getting to know that fact alone is enough to relieve mental stress significantly. Get yourself checked by a gynecologist immediately if the MRI reveals a tumor.

Misidentification of Menopause and Perimenopause

Perimenopause is a stage that women go through before their menstrual cycle ends permanently. Given that, during this time, they can miss their periods for months at an end, it is a common mistake to falsely identify perimenopause as menopause. If you are still in a premenopausal stage, then menstrual cramps, bleeding and even pregnancy cannot be ruled out as possible causes for pelvic pain. The pain could also be accompanied by a growing disinterest towards sex, painful intercourse, hot flashes, increased fatigue, nausea, abdominal and/or vaginal swelling, painful urination and bowel movement, etc. These are common signs of perimenopause and should fade gradually, but in case the same signs are not mild but severe, management with your gynecologist’s help would be necessary.

Uterine fibroids can be quite painful to deal with, and it is true that these tumors are most often seen in women who are still well within their childbearing age bracket. However, exceptions have been noted and they are not as uncommon in postmenopausal women as a lack of estrogen should ideally make them. Besides, if you have had problems with fibroid tumors before, they may not always shrink away after menopause. The good news is that all uterine fibroids are benign, meaning that they do not have any known association with cancer.

Uterine and ovarian cancers are also possible causes of post-menopausal pelvic pain in older women, unfortunately, but unless the pain is also accompanied by untimely and gradually increasing vaginal bleeding, abdominal swelling, constant lethargy, and unintended weight loss, you may not have anything to worry about.

Previous articleWhen Will Menopause Be Over?
Next articleThe Tom Brady Effect and Superbowl 55 – How to Achieve Optimal Performance
RELATED ARTICLES
Health

Tired of Not Being Able to Sleep? Try These Simple Tips.

Diet Changes Women Over 50 Should Consider

Women and Alzheimer’s Disease: What You Need to Know

Tired of Not Being Able to Sleep? Try These Simple Tips.

How Women Over 50 Can Cure Gastric Problems Permanently