I Missed My 2nd Vaccine Shot: What Do I Do Now? 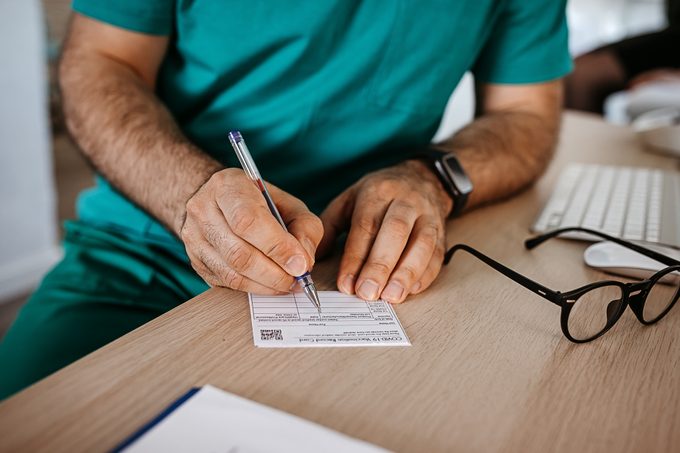 Missing the second dose of your Covid vaccine

Two of the three Covid vaccines available in the United States require an additional dose for full immunity. About 43 percent of the population has now received at least one dose and almost a third are now fully vaccinated.

But a troubling trend indicates that more people are missing their second shot of the Pfizer-BioNTech or Moderna vaccine within the recommended time frame (three and four weeks, respectively).

The Centers for Disease Control and Prevention (CDC) reported in April that about 8 percent had missed their second shot, roughly twice the percentage reported in March. That means some five million Americans remain under-vaccinated.

“You’re never going to get to full-on immunity if you don’t get the second dose,” says Ghazala Q. Sharieff, MD, chief medical officer, acute care, clinical excellence and experience, Scripps Health in San Diego. And that means we’re less likely to reach herd immunity which is what we need to get back to normal.

One-shot vaccines are really the exception rather than the rule, says John Zaia, MD, director of City of Hope’s Center for Gene Therapy in Duarte, California.

Most vaccines require additional doses to fully prime your immune system to fight an infection.

Why do Pfizer-BioNTech and Moderna require two doses?

For the same reason many other vaccines do: Our immune systems have a learning curve and need to be “reminded” before they learn the lesson.

“It’s almost like a third-grader that’s learning certain things for the first time. You tell them. They learn it, then you repeat it in the future,” explains Dr. Zaia.

Your immune system does learn a little bit the first time around. About 12 days after the first shot of Moderna or Pfizer-BioNTech, you should have about 50 percent immunity to the virus. But if you don’t follow up, it won’t last.

Getting the second dose gives you full immunity after another two weeks. Both the Pfizer-BioNTech and Moderna vaccine are about 95 percent effective after that second dose.

“Based on clinical trials, it takes two doses of the vaccines to have the maximal benefit,” says Natasha Bhuyan, MD, a family physician in Phoenix.

Reasons for missing the second dose

Earlier in the vaccine rollout, there were vaccine supply problems, which meant some people couldn’t get a second dose of their vaccine even if they wanted one, says Dr. Sharieff.

Those shortages have mostly been resolved and all Americans 16 years and older are now eligible for a vaccine and, for the most part, able to actually get them.

People who test positive for Covid-19 after their first dose are asked to delay the second dose until they’ve ended the recommended isolation period.

If you were treated with monoclonal antibody therapy or convalescent plasma while you were sick, you should wait 90 days until your second dose.

People who had an allergic reaction to the first dose should check with their doctor before signing up for a second vaccine.

Then there are the people who are just not showing up for that final appointment. Some people may feel they have enough protection. Others may not have liked the vaccine side effects, even though they are temporary, posits Dr. Sharieff.

Neither are good reasons but don’t panic. You have options.

What to do if you missed your second dose

It’s easy: Reschedule your vaccine. The CDC says that the second dose of the Pfizer-BioNTech or Moderna vaccines will still be effective as long as they’re given within 42 days (six weeks) after the first. There’s very little data on how well the two vaccines work beyond that point.

“Even if someone previously was infected with Covid, official recommendations are they should still get both doses of the mRNA vaccine,” says Dr. Bhuyan. “If you missed your second vaccine and have questions or concerns, talk to your family doctor.”

How to avoid missing your second dose

Leave your first vaccine appointment with a date and time for the second appointment. This should happen automatically but, if not, ask for one and make sure you have it. You should get some form of electronic confirmation. Follow up if you don’t.

Many people are making vaccinations a priority but just to be on the safe side, make sure you’ll be available three to four weeks out before scheduling even for your first shot.

The card you receive at the first appointment will show what type of vaccine you got. This is important because the timing of the second shot depends on which vaccine you received.

What about booster shots in the future?

No officials have weighed in on the likelihood of needing Covid-19 boosters but most experts agree they’ll be part of our future.

“It is likely that these vaccines will have immunity that wanes,” says Dr. Zaia. It ultimately depends on the data going forward.

“The biggest remaining question about the Covid vaccine is how long immunity lasts,” says Dr. Bhuyan. “At this point, we think it lasts a minimum of 6 months, but it likely lasts longer. As we continue to look at data, this will help us determine if boosters are necessary in the future.”

There are also variants to consider. “If we have a different strain of virus by this fall, it’s not just a booster,” says Dr. Zaia whose lab is developing a new vaccine which he hopes will last longer and will also be safe for cancer patients and others who may have weakened immune systems.

What you can do after being fully vaccinated

Once you’re fully vaccinated with any of the three vaccines, you can safely do more than you did before.

The CDC just released new guidelines stating that fully vaccinated people don’t have to wear a mask outside unless they’re at an event where they’ll be in close proximity to others for a prolonged period of time.

You still need to wear a mask indoors but you can safely do those things you may have been putting off: getting your hair cut or visiting the gym.

Still, you shouldn’t let your guard down completely. There’s still a chance (a small one) you could get the virus and pass it on.

The post I Missed My 2nd Vaccine Shot: What Do I Do Now? appeared first on The Healthy.

Previous articleHow to Keep Immunity Up in Summer
Next articleAre Your Hair and Skin Getting Enough Collagen?
RELATED ARTICLES
COVID-19 / Coronavirus

Merck’s Little Brown Pill Could Transform the Fight Against Covid

What Can Vaccinated People Do? The Dos and Don’ts