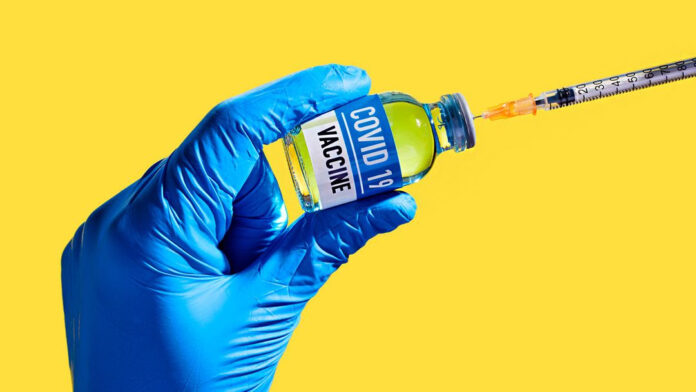 New study shows immune response was high for people on most, but not all, medications.

Since the COVID-19 vaccines were first authorized in the United States, people with autoimmune rheumatic disease have wondered whether the vaccines are safe and effective, especially for those taking medications.

The questions arose because people with these diseases, which include rheumatoid arthritis (RA), psoriatic arthritis, axial spondylitis, lupus, and vasculitis, were specifically excluded from the clinical trials.

Researchers offered the first signs of reassurance when they presented a real-world study, published in May 2021 in Annals of the Rheumatic Diseases, of the experience in Israel, which followed nearly 700 people with these diseases. The data were shared on June 5 at the virtual conference of EULAR, the European Alliance of Associations for Rheumatology.

Israel Vaccinated Large Numbers of People Before the U.S. Did

Last December, Israel was one of the first countries to launch a wide-scale mass vaccination campaign. It currently leads the world in vaccinating its population, with more than 63 percent having received at least one dose, according to an international vaccine database.That made the country a natural location to study the shot’s immune response and safety in people with rheumatic diseases, the study’s author, Victoria Furer, MD, a rheumatologist at Tel Aviv University, reported at the conference.

Researchers from three major centers in Israel — Tel Aviv Medical Center, Carmel Medical Center, and Hadassah Medical Center — participated in the study. They tracked 686 people with these conditions, the majority of whom had RA and psoriatic arthritis and were taking medicines to control their disease, after they got each dose of the two-shot Pfizer-BioNTech vaccine. The researchers spoke to the study participants and checked their blood. They then compared their findings with 121 healthy controls who also got their shots.

The groups were similar in many ways, although those with rheumatoid conditions were older, with a mean age of 57 compared with 51.

Results Are Reassuring for Vaccine Effectiveness and Safety

The good news: The vast majority of people with these conditions, some 86 percent, mounted a strong immune response to their inoculations, although this percentage did fall short of the 100 percent seen in the control group.

Side effects from the vaccines were mild and similar to those seen in the general population.

Importantly, there was no spike in disease activity following either vaccination.

“This is a reassuring study in a fairly large group of subjects that supports the efficacy of vaccination against COVID-19 in autoimmune rheumatic diseases,” says Richard Bucala, MD, PhD, the chief of rheumatology, asthma, and immunology at Yale School of Medicine in New Haven, Connecticut, and its clinical practice, Yale Medicine, who was not involved in the research.

One person with a rheumatoid condition who received the vaccine did subsequently develop symptomatic COVID-19 and passed away. Three others died in the weeks following the second shot, but none of these cases could clearly be linked to the vaccine.

As More Data Is Collected, Reassuring News for People With Rheumatic Disease

The positive safety findings about the vaccine for people with RA and other rheumatic conditions were also supported by a different study (also published in May in Annals of the Rheumatic Diseases) reported at the EULAR conference, which tracked 1,500 people in a European rheumatic vaccination registry. The researchers concluded the vaccines have a “reassuring” safety profile, with most adverse events similar to those in the general population.

There were some conditions and medications that caused people not to mount as robust a reaction.

Those with RA had a slightly lower immune response, 82 percent. The lowest rates, below 40 percent, were found in people with myositis and vasculitis.

How long ago the person had taken the drug made a huge difference: Hardly anyone who’d done so within 90 days of their shot mounted a sufficient immune response, while more than 50 percent did if their last dose was a year earlier.

Moderately impacted immune responses were seen in people on abatacept (Orencia), glucocorticoids, and mycophenolate mofetil. Methotrexate yielded a 92 percent seropositivity rate for those on monotherapy and 84 percent for people taking the drug in combination with others.

Work With Your Doctor to Possibly Delay Medications

On the basis of these findings, the Israeli research team recommends postponing treatment with rituximab when feasible. They also suggest that doctors and patients should consider holding treatment with mycophenolate mofetil and abatacept, especially when combined with methotrexate, depending on individual circumstances.

The prospect that immune-suppressing medicines could blunt the effects of the COVID-19 vaccination has already led the American College of Rheumatology to offer guidance on which medicines might best be postponed around the vaccine.

Rituximab, abatacept, and methotrexate are already on that list.

“The findings are overall in accord with the recommendations of the American College of Rheumatology and affirm the importance of close consultation between patients and their rheumatologists about deferring vaccination or adjusting medications in some circumstances,” Dr. Bucala says.

Coronavirus: How the common cold can boot out Covid

Superspreaders: Could You Unknowingly Infect Hundreds — or Thousands — of...

Do the Covid-19 Vaccines Cause Infertility? Here’s What Doctors Say