Coronavirus: How the common cold can boot out Covid 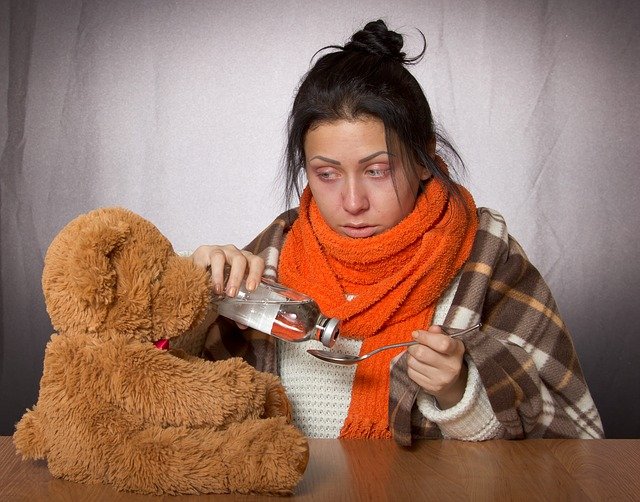 The virus that causes the common cold can effectively boot the Covid virus out of the body’s cells, say researchers.

Some viruses are known to compete in order to be the one that causes an infection.

The benefits might be short-lived but rhinovirus is so widespread, they add, it could still help to suppress Covid.

Think of the cells in your nose, throat and lungs as being like a row of houses. Once a virus gets inside, it can either hold the door open to let in other viruses, or it can nail the door shut and keep its new home to itself.

Influenza is one of the most selfish viruses around, and nearly always infects alone. Others, such as adenoviruses, seem to be more up for a houseshare.

There has been much speculation about how the virus that causes Covid, known as Sars-CoV-2, would fit into the mysterious world of “virus-virus interactions”.

The challenge for scientists is that a year of social distancing has slowed the spread of all viruses and made it much harder to study.

The team at the Centre for Virus Research in Glasgow used a replica of the lining of our airways, made out of the same types of cells, and infected it with Sars-CoV-2 and rhinovirus, which is one of the most widespread infections in people, and a cause of the common cold.

He added: “This is absolutely exciting because if you have a high prevalence of rhinovirus, it could stop new Sars-CoV-2 infections.”

Similar effects have been seen before. A large rhinovirus outbreak may have delayed the 2009 swine flu pandemic in parts of Europe.

Further experiments showed rhinovirus was triggering an immune response inside the infected cells, which blocked the ability of Sars-CoV-2 to make copies of itself.

When scientists blocked the immune response, then levels of the Covid virus were the same as if rhinovirus was not there.

However, Covid would be able to cause an infection again once the cold had passed and the immune response calmed down.

Dr Murcia said: “Vaccination, plus hygiene measures, plus the interactions between viruses could lower the incidence of Sars-CoV-2 heavily, but the maximum effect will come from vaccination.”

Prof Lawrence Young, of Warwick Medical School, said human rhinoviruses, the most frequent cause of the common cold, were “highly transmissible”.

He added that this study suggests “that this common infection could impact the burden of Covid-19 and influence the spread of SarsCoV2, particularly over the autumn and winter months when seasonal colds are more frequent”.

Exactly how all this settles down in future winters is still unknown. Coronavirus is likely to still be around, and all the other infections that have been suppressed during the pandemic could bounce back as immunity to them wanes.

Dr Susan Hopkins, from Public Health England, has already warned of a “hard winter” as a result.

The results have been published in the Journal of Infectious Diseases.

Is It a Summer Cold or COVID-19? Here’s What Doctors Want...

How to Navigate Large Gatherings During the Current COVID-19 Surge