Can Taking a Vitamin D Supplement Help You Lose Weight? 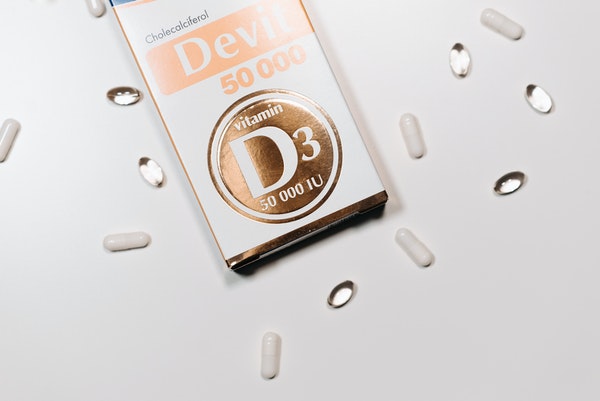 You might have heard some buzz lately about vitamin D. For one, having too little of the vitamin may affect your mood (which might already be down due to these uncertain times), according to the Cleveland Clinic. Meanwhile, researchers are studying whether vitamin D may help prevent or manage COVID-19, notes research published in May 2020 in the Irish Medical Journal.

So while there are various health reasons to go outside this summer and get your level of this critical vitamin up, could weight loss also be another incentive?

More studies are needed, but early research suggests promise. Here’s what you need to know before popping a supplement to whittle your waistline.

Basics on the Health Functions of Vitamin D

Good news if you’ve been taking more socially distanced walks outside this summer: Vitamin D is produced in your body when the sun’s UVB rays hit your skin, according to Harvard Health Publishing. The vitamin is then processed by your liver, followed by your kidneys, so that it’s actively ready for your body to use.

This crucial vitamin is known as a key player in keeping your bones healthy, according to the Mayo Clinic. The reason? Your body only absorbs calcium, the main component of bones, when vitamin D is present.

And vitamin D helps with more than just bone health. According to the National Institutes of Health (NIH), your muscles need vitamin D to be able to move, and your immune system also needs vitamin D to fend off viruses and bacteria.

While getting a little sun is a great way to help you get your vitamin D, you can score some of the vitamin through food. Diet isn’t the best source of vitamin D, but you can find it in foods such as egg yokes, mushrooms, and fatty fish like salmon and tuna. Also, vitamin D is often added to milk, breakfast cereals, and orange juice, the NIH notes, so check your food labels.

Supplementing your diet with vitamin D is another route to reach the NIH-recommended amount of 15 micrograms, or 600 international units (IU), per day, for people ages 1 to 70. According to the NIH, you can find vitamin D2 and vitamin D3 supplements in the vitamin aisle, and both can raise the vitamin D level in your blood.

People who are overweight or obese have extra reason to be interested in their vitamin D levels.

“Individuals with increased body fat have lower blood levels of vitamin D compared with lighter-weight persons,” says Anne McTiernan, MD, PhD, professor at the Fred Hutchinson Cancer Research Center and author of Starved: A Nutrition Doctor’s Journey from Empty to Full, who has done research on vitamin D and weight loss. An article published in September 2019 in Medicina backs this up, noting that while vitamin D deficiency isn’t a cause of obesity, there’s a strong link between the two. The authors theorize that one reason may be that excess fat, liver, and muscle mass prevents vitamin D absorption.

Another potential explanation, says Dr. McTiernan, it that people who are overweight or who have obesity might get less sun exposure and therefore have a lower level of vitamin D. That’s because they may be less able to go outside and take advantage of the sun’s vitamin D synthesis in the body.

Shilpi Agarwal, MD, a board-certified family physician in Washington, DC, says that even if they are able to go outside, they may be less likely to if their lifestyle is sedentary, which could contribute to a deficiency.

One more factor could be diet. “Low blood concentration of vitamin D is very common in subjects characterized by obesity, possibly due to insufficient dietary intake,” notes Simone Perna, PhD, assistant professor in the department of biology at the University of Bahrain, who has done research on vitamin D and weight loss.

Whatever the reason, researchers are now looking into whether vitamin D supplementation to bring levels up to a healthy range could aid in weight loss.

It’s too soon to say whether supplementing with vitamin D would aid weight loss, but scientists are currently exploring this use.

For example, in a study published in March 2014 in The American Journal of Clinical Nutrition, 218 postmenopausal women were given either a placebo or a supplement of 2,000 IU of oral vitamin D3 per day, which is considered a high dose. Participants, who were overweight or had obesity, were also put on a weight loss program, which consisted of an exercise program in addition to a reduced-calorie diet. The authors, including McTiernan, discovered an association between vitamin D and greater weight loss. “We found that those women who received vitamin D and whose blood levels got up to normal lost more weight than women whose blood levels remained low,” says McTiernan. “This suggests that keeping vitamin D in a healthy range could indeed help with weight loss.”

One hypothesis on why: “Vitamin D has a direct role in suppressing the parathyroid hormone, which promotes and triggers fat accumulation in the adipose tissue,” suggests Dr. Perna. He authored a meta-analysis published in the July 2019 issue of Medicina that cites research to support this potential mechanism. His paper also suggests that vitamin D supplementation is a potential option for weight loss programs but that “further studies are needed to confirm the validity of these findings and delineate potential underlying mechanisms,” he says.

Where Vitamin D Deficiency Could Affect Other Factors That Influence Weight

Because vitamin D influences so many facets of your health, a deficiency could contribute to other factors that may play a role in weight.

Having a low mood is also associated with carrying extra weight. One review of research published in July 2017 in the Journal of Preventive Medicine & Public Health found that a higher body mass index (BMI) was linked to experiencing more days of depression.

“It’s possible vitamin D helps maintain adequate energy and mood,” says Dr. Agarwal. “Again, those with low energy or low mood have been found to have low vitamin D, so not necessarily a direct cause and effect but a correlation.”

Still, other factors, like poor sleep, have been linked to a vitamin D deficiency. For example, a meta-analysis of observational research, published in October 2018 in the journal Nutrients, found that vitamin D deficiency is associated with a higher risk of sleep disorders, though more high-quality research needs to be done to verify the association, researchers note.

And a lack of sleep has been connected to weight gain. According to the Mayo Clinic, one reason why is that your length of sleep (and lack of it) can impact hormones regulating hunger — ghrelin and leptin. They also suggest that another contributing factor could be that a loss of sleep makes you tired, and that can result in not as much physical activity.

While more research needs to be done to determine the cause-and-effect relationship among these factors, it’s clear that vitamin D supports other parts of health that could potentially influence weight.

Diets, Supplements, and Sun: How Should You Take Vitamin D?

When looking into the connection between vitamin D and weight loss, researchers often use supplements in their studies, rather than tracking a subject’s sun exposure or food.

That’s because pills are standardized and can be given in high doses to quickly up a study participant’s vitamin D level. For example, a study published in July 2018 in the International Journal of Preventive Medicine gave subjects who were overweight or had obesity 50,000 IU of vitamin D (an amount well above the recommended limit of 4,000 IU per day, or 28,000 IU per week, per the NIH) each week for six weeks. Researchers found in this small study that the subjects’ weight, BMI, waist circumference, and hip circumference all decreased significantly, and their vitamin D levels increased significantly, after taking this high vitamin D supplement regime. However, that’s not a safe amount of vitamin D to take for weight loss (or any other reason) in the real world.

Although scientists haven’t done much research on eating vitamin D-rich foods and weight loss, they’re definitely still worth consuming. “What we know is that foods high in D tend to be healthy anyways — salmon, mackerel, mushrooms, vitamin D-fortified milk, which are part of a healthier diet, versus processed foods — so consuming these would likely help with weight loss,” says Agarwal.

And while researchers don’t typically track sun exposure, getting a little sun the old-fashioned way isn’t a bad idea, but it’s important to not overdose on sun, which can up your risk of skin cancer, according to Harvard Health Publishing.

The Right Dosage of Vitamin D for Weight Loss

There’s no magic dosage of vitamin D to aid weight loss; rather, aim to reach an adequate level, which is greater than or equal to 20 nanograms per milliliter (which measures serum vitamin D in the body), per the NIH. If you’re experiencing symptoms of vitamin D deficiency, request a blood test with your primary care doctor to find out if you would benefit from a supplement.

“People with very low levels may need to take high doses of vitamin D for a period of time to get to normal levels, but taking high levels of vitamin D should only be done under a doctor’s guidance,” McTiernan adds. If ramping up your vitamin D in a big way is something that interests you, definitely clear it with your entire healthcare team first.

Also know that if you are taking vitamin D supplements, the pills at a drugstore are not regulated by the Food and Drug Administration (FDA) before they’re marketed. The FDA suggests checking with the manufacturer about information to support the claims of the product to be sure you’re getting quality supplements.

So Should I Be Getting More Vitamin D If I Want to Lose Weight?

While researchers are still trying to figure out the strength of the vitamin D and weight loss link, if you are overweight or have obesity, it’s probably worth getting your level tested by a doctor in the meantime, says McTiernan. If you’re deficient, your doctor might advise you to bring your level into the healthy range, for your bone and muscle health. And, hey, maybe you’ll even lose weight in the process.

How to Keep Immunity Up in Summer

Recognizing the Signs of Vertigo in Yourself and Loved Ones

13 Pollen Allergy Symptoms (and What to Do About Them)

When Will Menopause Be Over?