9 Causes of Smelly Urine—and What to Do About It 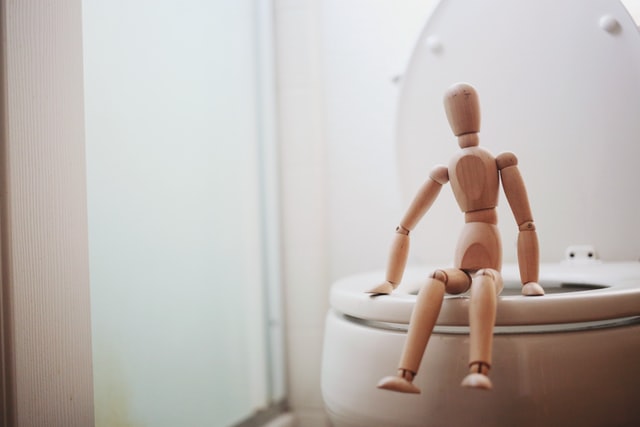 Asparagus isn’t the only thing that can change the smell of your pee. Here are 9 causes of smelly urine.

Have you ever sat down on the toilet to relieve yourself and thought, Yuck, what’s that smell? Maybe you assumed the stench was the faint yet unpleasant odor that lingers in office bathrooms…but then you realized it wasn’t that at all. It was actually your own urine.

Yep, urine can be smelly—for a number of reasons. Many of them are harmless, but in some cases, smelly urine can be a sign that something more serious is going on. We asked a doctor to explain what causes smelly urine and what you can do about it. Hint: The five cups of coffee you had this morning aren’t doing your pee any favors.

Not drinking enough H2O is the top cause of smelly urine, Sonia Dutta, MD, urogynecologist at NorthShore University HealthSystem in Illinois, tells Health. Urine is a combination of water and waste products, Dr. Dutta explains. “So when you’re dehydrated, your urine has less water in relation to waste products, which can make you have smelly urine,” she says.

You can check the color of your urine to confirm whether you’re dehydrated. If it’s amber- or honey-colored, or even a dark orange, you probably need to up your water intake. But if it’s a pale straw or transparent yellow color, you’re well hydrated, which means your urine could be smelly for another reason.

Asparagus is notorious for making urine smelly. But if this veggie doesn’t give your pee a funky odor, that’s normal, too.Dr. Dutta says everyone digests food differently, and some can get away with eating asparagus without any change in their urine. “It’s most likely because their body doesn’t have the enzyme they need to break it down completely,” she explains. But others do have the enzyme, and when those people digest asparagus, “their bodies make something called a sulfur metabolite, which can make the urine have a sulfur or ammonia smell.”

Other foods, like Brussels sprouts, onions, garlic, curry, salmon, and alcohol, can have a similar effect. Dr. Dutta suggests drinking plenty of water when eating foods that you know make your pee; it’ll dilute your urine so the stench isn’t so noticeable.

We hate to be the bearer of bad news, but your coffee habit could be making your pee stink. Coffee metabolites, or the byproducts that come from coffee when it’s broken down in your body, can make urine smell, Dr. Dutta says. (Like we said before, this isn’t the case for everyone. So if you’ve never noticed an odor after your morning cup of joe, you’re probably in the clear.)

Coffee is also a diuretic, meaning it makes you have to pee a lot, flushing your body of extra fluid and sodium. Diuretics can cause dehydration, so on top of the smell from those coffee metabolites, your pee may also have a stench because it’s more concentrated than usual. Pro tip: Drink a tall glass of agua before your morning brew to fend off dehydration.

A urinary tract infection (UTI) occurs when bacteria get into your urinary system through the urethra and then begin to multiply in the bladder. Bacteria, of course, can make your pee smell bad. But Dr. Dutta says if you have a UTI, you’ll probably have more symptoms than just smelly urine. The same bacteria can also make you have to go more frequently, give you a burning sensation when peeing, and even turn your urine cloudy or even bloody.

Yeast are microorganisms that naturally live in various parts of the body, including the vagina. But when yeast grow out of control, they can trigger an infection. Yeast infections occur in the vagina, but because the urethra is so close to the vaginal opening, your urine may pick up a scent from the neighboring infection, Dr. Dutta says. Like a UTI, a yeast infection usually comes with other symptoms, like itching, redness, swelling of the vagina and vulva, and thick white discharge.

Think you might have an STI? See your doctor ASAP. They’ll help you determine the best option for treatment.

Anyone who’s had a kidney stone knows how painful they can be. Kidney stones develop when salt and other minerals found in urine stick together and form into hard stone-like deposits. They can be as small as sand-like grains or as large as full-on chunks of gravel. “Kidney stones can collect bacteria and lead to infection or sometimes bleeding,” Dr. Dutta says. “That can then change what the urine smells like.”

Other symptoms of kidney stones include back, side, or groin pain; nausea or vomiting; frequent urination; blood in urine; pain with urination; and fever. “Kidney stones are never, ever going to just be smelly urine,” she adds. “There will be other symptoms, as well.” Stones typically pass in the urine without any need for treatment. But seek medical attention if you have severe pain, vomiting, bleeding, or signs of infection.

People who have undiagnosed diabetes are “spilling out sugar into their urine,” Dr. Dutta says. That’s because they can’t process sugar the way most people can, meaning they have excess glucose in the blood, which the body tries to get rid of through the urine. “When you have that extra sugar in your urine, it’s going to give it a sweet, fruity smell,” she explains. People with uncontrolled diabetes will likely also have increased pee urgency or frequency, as the sugar irritates the bladder. See your doctor ASAP if you think you might have diabetes.

Dr. Dutta says many people notice their urine smells different after taking vitamins—same way some people detect a different urine odor after eating certain foods. But there’s nothing to worry about if you conclude a vitamin is making your pee rank. “Vitamins tend to be a little bit in excess of what your body truly needs, so you’ll often end up peeing some of that out,” she says.

Previous articleIs There a Test for the Delta Variant? Here’s What Experts Say
Next articleHow to Take An At-Home COVID-19 Test and What to Do If You Test Positive
RELATED ARTICLES
Featured

What Is Brazilian Butt Lift Surgery, and Why Is It Sometimes Risky? Here’s What Experts Say