7 Things You Need to Know About Covid-19 Booster Shots 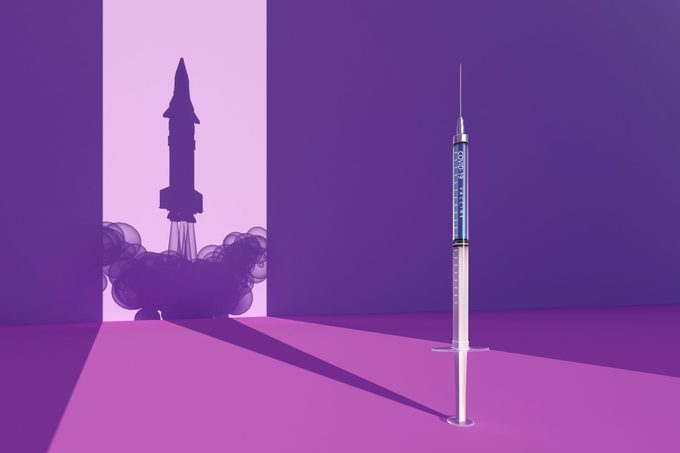 Will you need a Covid-19 booster shot?

Vaccine distribution in the United States is going well. All U.S. adults are eligible for a shot, younger kids may soon be qualified, and the one-shot Johnson & Johnson (Janssen) vaccine is back on the market.

Now, with a third of the U.S. population fully vaccinated, speculation is turning to whether or not we will need booster shots to maintain our immunity.

Pharmaceutical companies seem to be betting on it, but others aren’t so sure.

The Advisory Committee on Immunization Practices (ACIP), which makes recommendations to the Centers for Disease Control and Prevention (CDC) doesn’t have boosters high on its radar, but that could change, says William Schaffner, MD, an infectious disease expert at Vanderbilt University Medical Center in Nashville.

Immunity from the vaccines will wane

Immunity from Covid-19 probably won’t last forever, whether you get it from a vaccine or from actually being sick, says S. Wesley Long, MD, medical director of diagnostic microbiology at Houston Methodist in Texas. In fact, some people have already been infected with Covid-19 twice.

Think of boosters as continuing medical education for your immune system. Just as doctors need to participate in educational activities to keep their skills and knowledge (and accreditation) current, your immune system needs updates as well.

“Booster shots are meant to remind your body of the infection and to make sure specialized cells will ‘remember’ the virus in the event that you are exposed,” explains Teresa Murray Amato, MD, director of emergency medicine at Long Island Jewish Forest Hills in New York City.

The existing vaccines work for at least six months

Covid-19 is so new that experts only know so much.

“Since Covid-19 is a novel virus that has only been infection humans for a short period of time, we still have much to learn about not only the virus but the recent vaccines made to fight it,” says Dr. Amato.

The New England Journal of Medicine published data on the Pfizer-BioNTech vaccine on February 11, showing that the two-dose series was still effective six months after the original jabs. Moderna presented data showing a similar six-month timeline in April.

“We have solid data up to six months, but the clock keeps running,” says Dr. Schaffner. “If at some point, protection wanes substantially in a noteworthy portion of the population, we will have to consider boosters.”

It’s the nature of viruses to constantly mutate, which is another reason more shots might be needed.

New strains of SARS-CoV-2 could be different enough to outwit existing vaccines. Covid-19 mutations are already out there, and one (the variant first identified in Britain, often called the UK variant) has assumed dominance in the United States.

Fortunately, says Dr. Long, “right now, the vaccines we have cover most of the variants well.”

A booster may come within a year

The CEOs of both Pfizer and Moderna have predicted that boosters will be needed within six to 12 months of the first two-dose series, and Moderna even has plans for one in the fall.

The National Institutes of Health, meanwhile, is investigating vaccines against the South African variant. “People are looking ahead,” says Dr. Schaffner.

Moderna released positive preclinical data in bioRxiv on a booster vaccine against the South Africa variant, but curb your enthusiasm. The study only looked at the booster in mice and has not been peer-reviewed, which is a necessary step to ensure accuracy and high quality.

Certain groups will be a priority for boosters

People who are vulnerable to severe Covid-19 illness, such as the elderly, may be the first to get boosters.

“The immune system is less rigorous and will wane in elderly people before it wanes in younger people,” says John Zaia, MD, director of the Center for Gene Therapy at City of Hope in Duarte, California. “Protecting the elderly and those with comorbidities like diabetes, heart disease, lung disease, and obesity is key.”

A lot will depend on Covid-19 numbers going forward. “If cases are down to very low levels, boosters might not be perceived as a problem in younger groups. That’s the one thing we don’t know,” Dr. Zaia says.

It may or may not be the same shot

If the virus doesn’t mutate dramatically, a booster may be the same vaccine you got the first time around. Whether or not you could switch from one brand to another, like Pfizer-BioNTech to Moderna, remains to be seen, says Dr. Schaffner.

If a variant were really to take off and increase, the booster would have to be a modification of the original vaccine, says Dr. Zaia. That would make it more like the annual flu shot, which is both similar to and different than previous flu shots. In fact, “we probably will get used to an annual shot,” he says.

Systems are already in place

One bright spot is that the systems are now in place to get shots into lots of arms efficiently.

“There isn’t any doubt that we would be able to get vaccines more readily into pharmacies and doctors’ offices,” says Dr. Schaffner. “The vaccines would be closer to the people rather than having to bring all the people to the vaccine.”

If a Covid-19 vaccine or booster becomes a regular event, Dr. Zaia says the hope is that it could be combined with the flu vaccine into one shot or, at the very least, given at the same time.

“The subject in current discussion at ACIP is whether we would be able to give Covid-19 vaccines along with other vaccines either in childhood or adulthood,” says Dr. Schaffner. That decision is pending.

It’s important to get vaccinated now

The more people who are vaccinated, the less chance SARS-CoV-2 will mutate and the greater the likelihood we’ll achieve herd immunity and not need as many vaccine refreshers in the future.

“With the emergence of variants as well as vaccine hesitancy, we may not reach the herd immunity numbers that would effectively protect the majority of the population from another outbreak,” says Dr. Amato.

That’s why to keep your family safe, doctors recommend that everyone who is eligible get vaccinated.

“It does appear that the current two-dose of the original vaccine should give long-term protection,” Dr. Amato says. “But more data need to be collected and analyzed before the recommendation of a booster can be made.”

The post 7 Things You Need to Know About Covid-19 Booster Shots appeared first on The Healthy.

Previous articleIs Drinking a Gallon of Water a Day Good or Bad for You?
Next article8 Signs You Desperately Need a Mental Health Day
RELATED ARTICLES
Health

The Best Contacts for Dry Eyes, According to Doctors