5 Reasons Why Weight Loss Gets Harder With Age 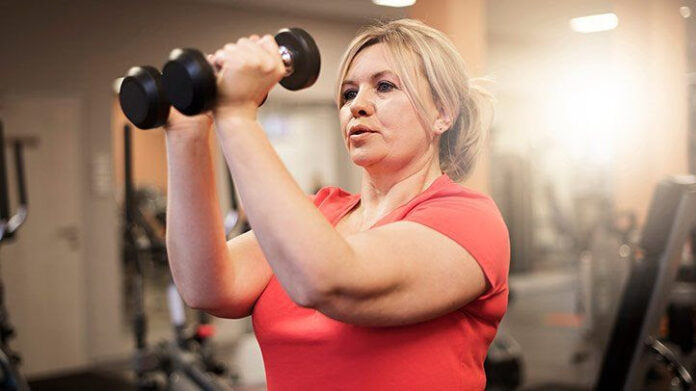 Have you been dieting but not seeing the results you expected? Normal age-related changes to your body may be sabotaging your efforts. Here’s how to set yourself up for success.

Never had a problem losing or maintaining your weight before, but now the scale won’t move? There’s a scientific reason why: As we get older, our bodies don’t respond the same way to weight loss efforts.

In fact, as we age we tend to gain weight to the tune of 1 to 2 pounds per year, according to a review published in March 2013 by the Agency for Healthcare Research and Quality. That may not seem like much, but over time it can lead to significant weight gain and, in some cases, obesity, a condition marked by a body mass index (BMI) of 30 or higher.

“Obesity incidence starts increasing in one’s twenties and peaks at 40 to 59, and then decreases slightly after age 60,” says Craig Primack, MD, an obesity medicine physician at the Scottsdale Weight Loss Center in Arizona.

Not everyone will become overweight as they age because body weight is highly influenced by your genetic makeup, your level of physical activity, and your food choices, Dr. Primack says. “We sometimes say genetics loads the gun and lifestyle pulls the trigger,” he says. Still, everyone will find it harder to maintain or lose weight with each passing year.

Weight Gain and Age: What the Heck Is Going On?

ADVERTISINGThe amount of lean muscle we have naturally begins to decline by 3 to 8 percent per decade after age 30, a process called sarcopenia, report researchers in a paper published in the journal Current Opinion in Clinical Nutrition & Metabolic Care. You may also lose muscle if you’re less active due to age-related health conditions, such as arthritis, or if you’ve been sidelined with, say, an injury or surgery for several days, Primack says. “All of these individually do not cause a significant decline, but cumulatively they surely do,” he says.

Why does that loss of muscle matter? Because lean muscle uses more calories than fat. So unless you’re regularly strength training with weights to maintain and build muscle, your body will need fewer calories each day. That makes weight gain likely if you continue to consume the same number of calories as you did when you were younger.

“Most people will not adjust calories,” explains Marcio Griebeler, MD, an endocrinologist at Cleveland Clinic in Ohio. “They keep eating the same amount, but because they have less muscle mass to burn those calories and less activity, they end up gaining weight over time.”

Both men and women undergo changes in hormone levels as part of aging that help explain why, according to CDC data, middle age is prime time for putting on pounds.

For women, menopause — which occurs most often between ages 45 and 55 — causes a significant drop in estrogen that encourages extra pounds to settle around the belly, explains Dr. Griebeler. This shift in fat storage may make the weight gain more noticeable and increase the risk of high blood pressure, heart disease, high cholesterol, and type 2 diabetes.

In addition, Griebeler notes, fluctuations in estrogen levels during perimenopause, the years leading up to menopause, may cause fluctuations in mood that make it more difficult to stick to a healthy diet and exercise plan. As a result, the average weight gain during the transition to menopause is about five pounds, according to UC San Diego Health.

Men, on the other hand, experience a significant drop in testosterone as they age, which begins to gradually decline around age 40 at a rate of about 1 to 2 percent per year, notes Harvard Health. Testosterone is responsible for, among other things, regulating fat distribution and muscle strength and mass. In other words, declines in it can make the body less effective at burning calories.

The pituitary gland’s production of growth hormone (GH) also declines from middle age onward, according to Harvard Health. One of GH’s many functions is to build and maintain muscle mass. So as GH decreases, it’s harder for your body to make and maintain muscle, which, in turn, also impacts how many calories you burn.

3. Your Metabolism Is Slower Than Before

That decrease in muscle mass is likely to slow your metabolism, a complex process that converts calories into energy. Having more fat and less muscle reduces calorie burning. What’s more, many people become less active with age, which also slows your metabolism. Age isn’t the only thing that determines your metabolic rate, however — your body size and sex play a role, too. So do certain health conditions, such as hypothyroidism.

By the time you’ve reached your forties and fifties, your career is likely in full swing, which while great can pose a few weight loss challenges. For one, you’re likely moving less. You may commute an hour or so to and from work, sit at a desk for eight or more hours a day, and have so much on your plate that there’s no time to go for a walk or exercise during the workday.

You may also find yourself too busy to break for lunch, increasing the odds that you’ll scarf down something from the vending machine or order in calorie-dense takeout food, notes Rachel Lustgarten, RD, nutritionist at Weill Cornell Medicine and New York-Presbyterian in New York City. And you may experience more work-related stress, which research published in the International Journal of Peptides suggested can increase the level of the hormone ghrelin, which makes you hungrier.

Some of the reasons for weight gain in middle age have nothing to do with what’s happening inside your body and everything to do with the way life changes as people enter their thirties. One of the biggest changes comes when you start a family. Suddenly, the hour you spent at the gym after work is spent with your toddler at home. And later, your child’s after-school time is filled with playdates, homework, and other activities that require your attention. “You do not seem to have time anymore for yourself,” Primack says. As a result, your diet and exercise intentions might slip, causing a few pounds to creep on.

Science-Backed Way to Battle the Bulge at Midlife and Beyond

Here’s what to do if you’re looking to lose weight or prevent pounds from creeping on:

Does Metformin Cause Weight Loss? What to Know Before You Take It

Does Metformin Cause Weight Loss? What to Know Before You Take...